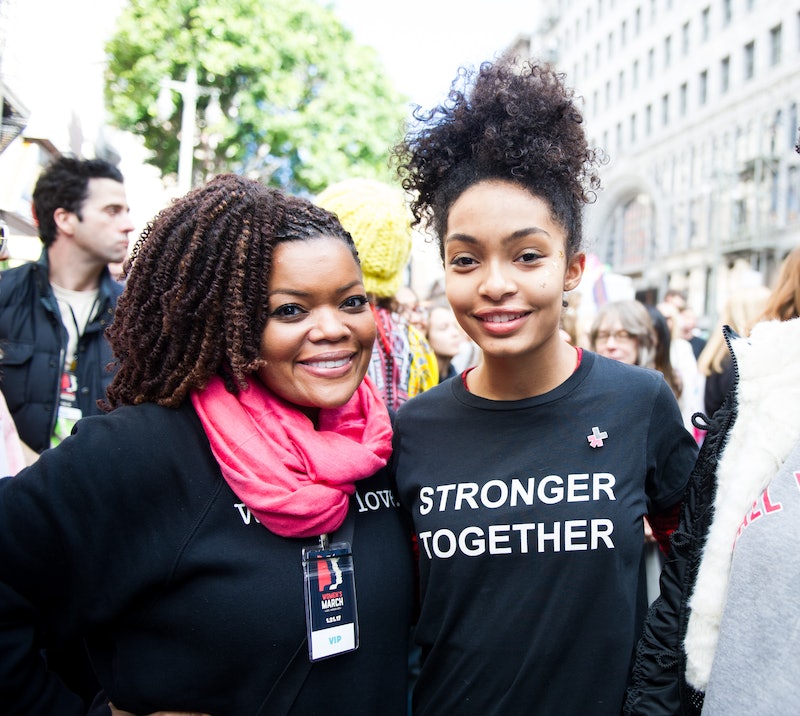 To say it's been a whirlwind weekend would be an understatement. Donald Trump officially became the 45th president of the United States, and almost three million people turned out for 600-plus women's marches globally. I think it's safe to say that the Women's March overshadowed Trump's inauguration.

The Trump administration, however, seems to forget that we live in the information age and can easily fact check statements like the one Saturday, Jan. 21 from White House Press Secretary Sean Spicer who said: "This was the largest audience to ever witness an inauguration, period, both in person and around the globe."

It's clear from photos, and data collected from the Washington, D.C. Metro, that the Women's March On Washington, which drew an estimated 500,000 people, dwarfed Trump's inauguration, and that both of Barack Obama's inauguration numbers reportedly surpassed Trump's.

Trump did succeed in uniting many Americans, though not in the way he intended. Women, children, and men across America, and around the world, peacefully took to the streets Jan. 21 to express their first amendment rights in hundreds of sister marches to the Women's March On Washington. Protestors demanded an end to violence against women, preservation of women's reproductive rights, protection of rights for the LGBTQIA community, protection of women's rights in the workplace, equal civil rights for women, protection of rights for the disabled, preservation of immigrants' rights, and environmental justice.