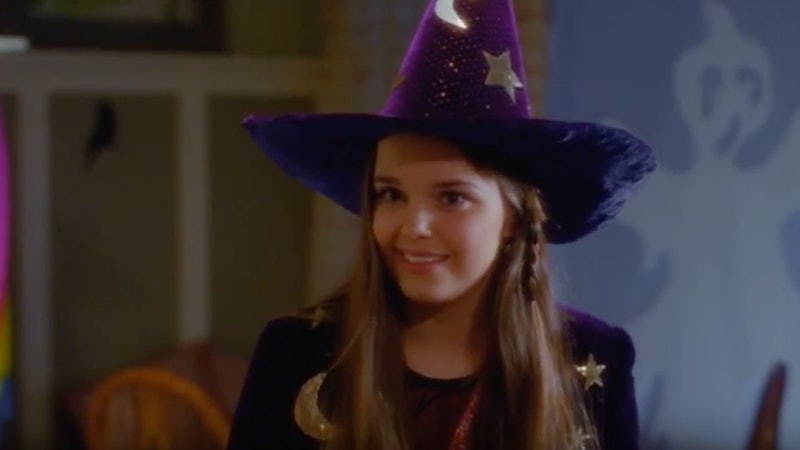 October, aka 30 days of Halloween anticipation and one day of spooky delight, is really the best month for Disney Channel original movies. There's Hocus Pocus (a classic if there ever was one), Mom's Got a Date with a Vampire, Under Wraps, Twitches, and, of course, Halloweentown. Arguably the most pure of the bunch, Halloweentown combined every kid's fantasy of having magical powers with their obsession of Halloween. But looking back, some of that innocence probably made for a lot of ridiculous moments from the Halloweentown movies that you found completely rational as a kid, but now find incredibly suspect.

Halloweentown, like most Disney Channel movies, is made for kids, so obviously there are some details in the film that seem pretty weird when you look back as an adult. What used to be precious, magical details that transported you to Halloweentown are now slightly preposterous things that really make no sense. These moments from Halloweentown can range from big things, like how Debbie freaking Reynolds is starring in a Disney Channel original movie, to small things, like why are Pumpkin Heads a thing? (Seriously, they're just people with pumpkins as heads. What is the point of this?)

OK, I know this isn't an actual moment from the movie, but you have to admit, it's actually ridiculous that Reynolds — the star of the iconic Singing in the Rain — is in the Halloweentown movies. Granted, she plays the delightful grandmother Aggie Cromwell perfectly, but, it's still pretty striking looking back.

Aggie uses a magic Halloweentown bus to take her to and from the real world in Halloweentown. And this bus raises plenty of questions. Firstly, why is it a school bus? As far as buses go, school buses are pretty noticeable; they don't exactly scream incognito. Also, when Marnie and Dylan follow Aggie onto the bus, it's way too easy for them to sneak on through the back. You'd think an inter-dimensional transportation vehicle would have stronger security.

Like the magic bus, Aggie doesn't try too hard to hide her magic once she's arrived in the mortal world. She literally drops out of the sky onto the sidewalk, and walks around with her magic suitcase following her without a care in the world as to who might see her.

This is more of a problem with the whole series than just a strange moment in Halloweentown. In the first film, Aggie explains that magic is essentially simple wish-fulfillment. "All you've got to do is want something and then let yourself have it," she says. But, if magic were that simple, then why can't she magically call her daughter in the mortal world anytime she wants to? Bottom line: the limits on magic in Halloweentown are very unclear.

Dylan has magic powers but chooses not to use them? WHY? This is something that any Harry Potter lover would have trouble understanding.

Let's talk about Natalie, Dylan's crush in Halloweentown High. She's one of the Halloweentown teens Marnie brings into the mortal world for school, and she hides her pink troll self under a mortal disguise. She's cute, and her love story with Dylan is pretty sweet, but why does she look exactly like the Troll Dolls?

Speaking of Halloweentown High, can we all agree that those skin suits worn by the Halloweentown transfer students were creepy AF? There is absolutely nothing reasonable or normal about this. How did we all grow up without insane paranoia that everyone is just a monster in a human suit?

In Halloweentown II: Return of Kalabar, Marnie defeats the evil Kal by saying "Trapa," which is "apart" backwards. This might have sounded clever at the time, but now it just seems lazy.

In the Disney Channel's last Halloweentown movie, they didn't just bring in a new story, they got a new Marnie. In the fourth film, instead of Kimberly J. Brown, Marie is played by Sara Paxton. And, no offense to Paxton, but she is definitely #NotMyMarnie.

As audiences get older, sometimes it gets harder to find the magic in Disney Channel Original Movies like Halloweentown. But, despite all the series' ridiculous moments, it's safe to say that the franchise is still just as enchanting as ever.

More like this
Twitter Is Unravelling Over Wolverine’s Return For 'Deadpool 3'
By Darshita Goyal
Lin-Manuel Miranda & Tituss Burgess React To 'Little Mermaid' Casting Backlash
By Radhika Menon
The 50 Most Powerful Characters In The Marvel Universe, Ranked
By Johnny Brayson and Nola Pfau
Lego Just Announced Its 'Black Panther' Set Release Date
By Maxine Harrison
Get Even More From Bustle — Sign Up For The Newsletter