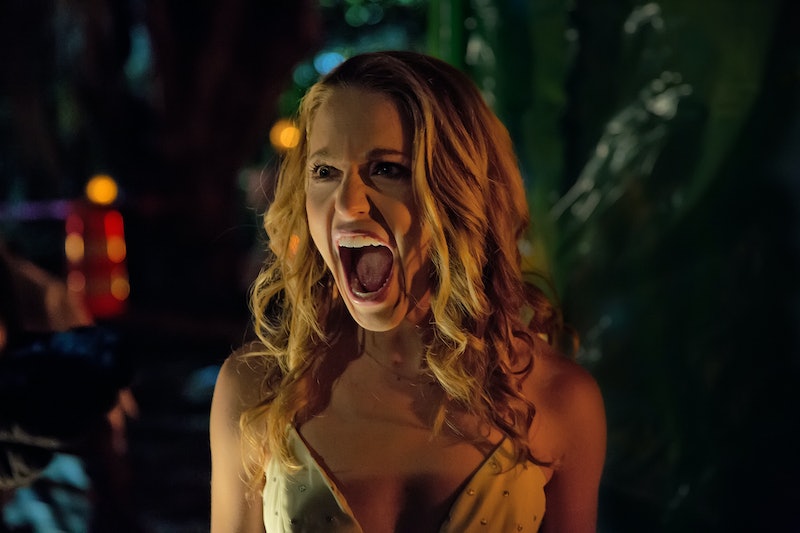 The new horror film Happy Death Day has a pretty terrifying premise. Imagine having to live the same day over and over again without being able to escape the cycle. Yes, that is the plot to Groundhog Day, but it's also the plot to Happy Death Day, the difference being that while the former is a romantic comedy, the latter is a horror film where every day ends with the protagonist's murder. See? Scary. But assuming that the vicious cycle can eventually be broken, like in Groundhog Day, what would that mean for a Happy Death Day sequel?

While there are not yet any concrete plans for a sequel to the film, some of the people involved are already floating the idea. Director Christopher Landon, who has also helmed Scouts Guide to the Zombie Apocalypse and Paranormal Activity: The Marked Ones, recently revealed his idea on how the story could continue in an interview with Business Insider. "The whole idea for my sequel is actually already in this movie. It's hiding in plain sight," the director said. "The answer to why she's literally stuck in a time loop — it's something I have the answer to. It's in my back pocket, because, knock on wood, you never know how things are going to go, and we're not counting our chickens, but if I am lucky enough to have the opportunity to make a sequel, the answer to that question is the premise to my sequel."

Although Lambert seems like he already has the sequel all figured out, that doesn't necessarily mean one will get made. In fact, the first movie had a very difficult time making it to theaters, taking over a decade before it was all said and done. The film was originally called Half to Death, and Lambert was hired to rewrite it almost 10 years ago, according to Business Insider. After sitting on the shelf for several years, the project was eventually revived by Blumhouse Productions and given the green light last year.

The good news is that Landon's not the only one who thinks a sequel is in the cards. In an interview with Bustle's Anna Klassen, star Jessica Rothe says she's game for whatever the director has planned. "I think that luckily the film ends open-ended enough without giving too much away, which is lucky because, this is a spoiler alert, but originally there was an original ending where I died," she says. "Where I finally make it to the next day but then I die, and it's ironic. Eye rolling-ly ironic. That did not go over very well with audiences so they changed it. But yeah I would be honored to do any kind of sequel. I hope that audiences respond to the film in a way that they want a sequel and they kind of want to continue living with these characters and watching them explore this zany world. I'm sure Chris Landon has some brilliant ideas brewing in his very brilliant and funny and twisted mind."

Since this is a Blumhouse Production, a sequel does seem likely. The studio has built a reputation in recent years of being a franchise maker, churning out low budget horror films that easily make enough money to justify sequels. Paranormal Activity, Insidious, Sinister, The Purge, Ouija, Creep, and Split have all earned second installments for the studio — some earning more than that — so it's reasonable to believe that Happy Death Day, which has a budget of just $5 million and the benefit of a spooky, close to Halloween release date of Friday the 13th of October, will easily make enough at the box office to make continuing the story seem like a no-brainer.

Although no sequel has yet been announced for Happy Death Day, the film's favorable box office odds and the enthusiasm for a part two from the movie's main players sure make another installment seem likely.