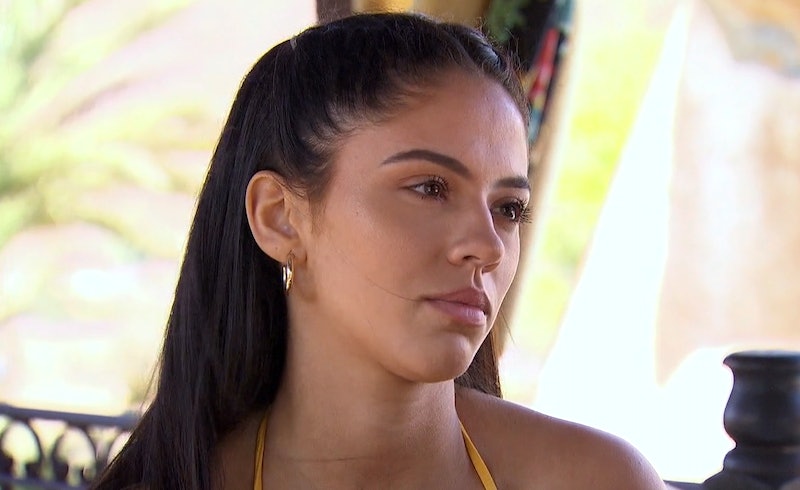 Sydney stepped into the spotlight on The Bachelor when she warned Peter in Week 3 that Alayah may not be as genuine as he thought. The drama is still unfolding as we head into Week 5, but Sydney after The Bachelor seems to be in a friendly place with her fellow contestants. While there might be no love lost between her and Alayah, Sydney's social media shows she has stayed in touch with a few other contestants after The Bachelor. So even if she doesn't end up finding love with Peter, Sydney evidently walked away with some good friends.

Filming for Peter's season of The Bachelor wrapped around Nov. 23 and while Sydney wouldn't be announced as a contestant until December, she shared a slightly revealing Instagram post in retrospect. In honor of Thanksgiving, Sydney wrote that 2019 had "been a year of trials, triumph, and unimaginable growth" and that she had "gained BEST friends that I will truly have for the rest of my life." While she didn't specify if those friends were due to her time at the Bachelor Mansion (not like she would have been allowed to anyway), she has seemed to form a strong bond with several of the contestants. Here's who Sydney is still chatting with after The Bachelor.

Not only did Sydney use her platform to praise Shiann's football skills as a fellow member of the Eliminators team during the Week 4 group date, but she also celebrated when Shiann was compared to Michelle Obama on Twitter.

Speaking of football, Sydney and Victoria P. have a friendly rivalry going on about Alabama State and Louisiana State football. (Like her former schoolmate Hannah Brown, Sydney is a Crimson Tide fan.) But their connection goes deeper than that. On an Instagram post that Sydney shared on Jan. 13, Victoria commented, "Love you, your story of overcoming, and that you stand up for what is right, always. you are so special to me, syd." Sydney replied, "I love you, through thick and [thin] Bebe."

Nothing makes friendships like fumbles and Sydney gave a shoutout to another Eliminator teammate, Madison. "I love you to the moon and back Madi," she wrote on the above Instagram post. Sydney also joked on Twitter that they were "feeling some type of way at this football date."

Natasha and Sydney had some fun banter over fashion choices on Twitter that Victoria P. got in on too.

This one might be surprising since the Week 5 preview seemingly shows Tammy yelling at Sydney. The preview could be misleading as many, many Bachelor previews are, but even if they do get into a fight, the above tweet implies that Sydney doesn't harbor any resentment over the incident.

The Bachelor pal that Sydney seems closest to is Kiarra. In response to a tweet that said, "Ever meet someone and the two of you just undeniably click? like no awkward stage, no anxiety, just radiating good vibes?" Kiarra mentioned Sydney and wrote "gf for life." Sydney replied with equal devotion. They also tweeted each other about how they were always whispering while on The Bachelor, so keep an eye out for these two conspiring contestants.