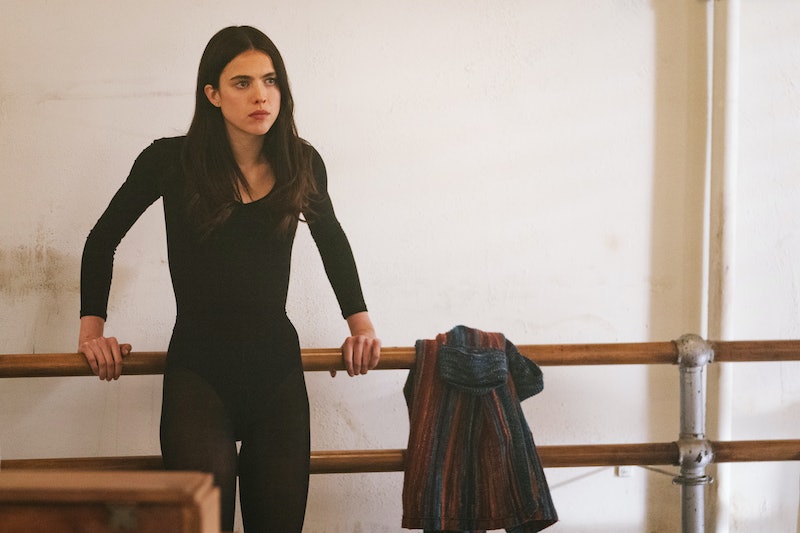 Fosse/Verdon introduced a new Broadway legend whose work was synonymous with the infamous director and choreographer in the April 30 episode of the FX series. Played by Margaret Qualley, Bob Fosse's longtime partner Ann Reinking joined Fosse/Verdon in the ensemble cast of Pippin. Much like Gwen Verdon, they first connected in a rehearsal room — but the trajectory of their romantic relationship is a little different.

At this point in Fosse's life, he was high on success and abusing his power as both a creator and a man. At the time of this episode, he's had a sexual relationship with pretty much every dancer in Pippin, having been separated from Gwen. While these flings were seemingly consensual, he was definitely abusing his power — one dancer who rejected his advances ended up getting cut from a solo because Fosse created a hostile work environment for her afterwards.

Unfortunately, that's how Ann reportedly came to the forefront and got a spot in Pippin's infamous "Manson Trio" number (at least it's portrayed that way on the series). The two didn't date right away, but those familiar with Reinking's life IRL know that a romantic relationship between the two is coming.

In the episode, Gwen commented that Ann's too good of a dancer to think she "needs" to sleep with him. It's definitely problematic that she says that, let's be honest, but it's not unrealistic. Sometimes people are mean, and Gwen is in a unique position of power and wisdom mixed with envy at this time.

Fosse/Verdon audiences might be more familiar with Reinking than either of the titular characters, honestly. She played Grace Farrell in the 1982 Annie, and is a judge in the 2005 documentary Mad Hot Ballroom. She played a version of herself in Fosse's mostly autobiographical film, All That Jazz. She choreographed the (still running) 1996 revival of Chicago, and starred in it as Roxie Hart, the role Verdon had back in 1975. Reinking has been instrumental in maintaining the legacy of Fosse's choreography. The review Fosse was conceived, choreographed, and co-directed by Reinking. His legacy in the arts ultimately belongs to Verdon and Reinking as much as it does to him.

Unlike Verdon, working with Fosse was more of a star-making turn for Reinking. She became his protegée as well as muse, according to many. Her talent stood out, but Pippin was only her third Broadway show, and her first featured role. She wasn't initially a choreographer, and she didn't have multiple Tony Awards under her belt, but went on to a multitude of starring roles.

Fosse and Reinking were never married in real life, but she's as close to a fourth wife after Verdon that he ever had. They were together for about five or six years in the '70s and continued to work together professionally up until Fosse's death. Reinking herself has been married four times. Why she and Fosse never took that step will likely be explored in Fosse/Verdon.

Still, their relationship started off under rough circumstances — Fosse checked himself into a psychiatric hospital by the end of the episode, so there's only more drama to come on the show.

More like this
Did 'Grey’s Anatomy' Just Drop A Major Taylor Swift Easter Egg?
By Grace Wehniainen
Everything To Know About Taylor Swift’s 10th Studio Album, 'Midnights'
By Grace Wehniainen and Jake Viswanath
Is Dua Lipa Dating Trevor Noah? New Photos Show Them Kissing & Hugging
By Brian Anthony Hernandez and Martha Sorren
Twitter Is Freaking Out Over Rihanna’s 2023 Super Bowl Halftime Show Announcement
By Stephanie Topacio Long
Get Even More From Bustle — Sign Up For The Newsletter