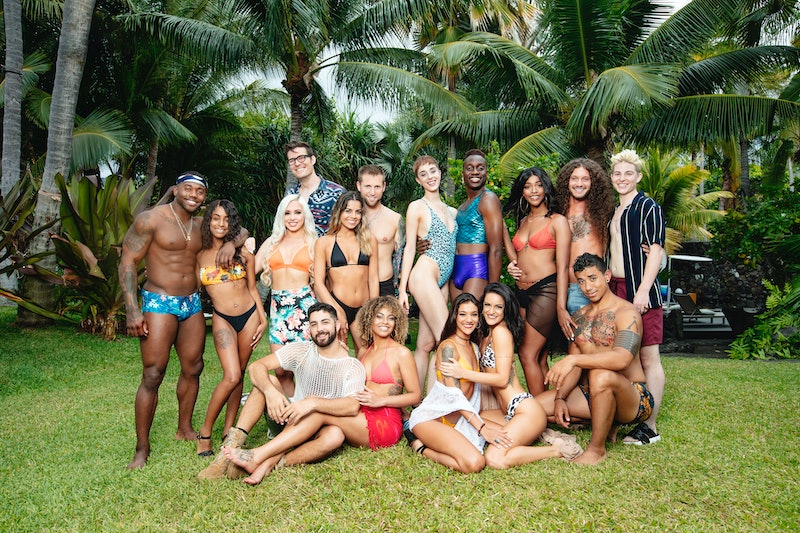 MTV is going all in on the notion that love is love. In a groundbreaking move, Are You The One?' Season 8's sexually fluid cast, which the network revealed on May 30, will be the first to ever be featured on a reality TV dating show in the United States. So when the 16 singles travel to Hawaii to find their "perfect match" (and win a $1 million cash prize, too, of course), gender will play no role in deciding with whom they were supposed to be paired.

Not familiar with how Are You The One? works? Here's a quick synopsis. Each cast member has a predetermined match within the house, decided upon based on "a combo of scientifically proven compatibility testing, as well as straight matchmaking," as executive producer Tiffany Williams once explained to Entertainment Weekly. (No, really: Williams added that they even interview the daters' family, friends, and, yes, even their exes, to get a full picture.) If the singles correctly find the partner who was previously selected for them, they get to split a million dollars.

While the Terrence J.-hosted reality matchmaking series' new twist will truly prove that “finding love is fair game,” as MTV put it, that also, of course, means cast will have double the pool of potential mates to wade through. Throughout the process, the network previews that this season of AYTO? will explore coming out moments, sexual and gender identity, and powerful stories that shine a light on what it means to find love as a sexually fluid individual.

What else will be different in Season 8 (premiering on June 26 at 9 p.m. ET/PT)? Well, MTV is also introducing relationship expert, Dr. Frankie, who will "work with the singles to help them become better daters and navigate between drama, poor choices and reoccurring patterns in relationships.” He'll also help the cast cope with the all-too-familiar current "disaster-dating trends," such as ghosting, benching, and stashing — and will also test the likelihood that they'll employ those dating cop-outs themselves.

When Terrence J. took over hosting duties from Ryan Devlin in Season 6, it didn't take him long to grasp the show's purpose — and drum up the perfect dating advice for its contestants. As he shared with EW:

"We all think we know what we want, right? We’ll say, “Oh, I want a guy who’s gonna treat me like this or treat me like that, and if I could have that, that’s what I want.” But that’s wrong. We all say we want to look great and eat healthily, but then as soon as ice cream and cookies and pizza come out, we go for the wrong meal. So that’s kind of what we watch play out. My advice would be for people to stay true to themselves and follow their heart, but also follow your mind and be smart and be mindful of the things they know are good for them."

Will the new gender fluid cast correctly find their true matches by the season's end? You'll have to tune in to MTV to find out.