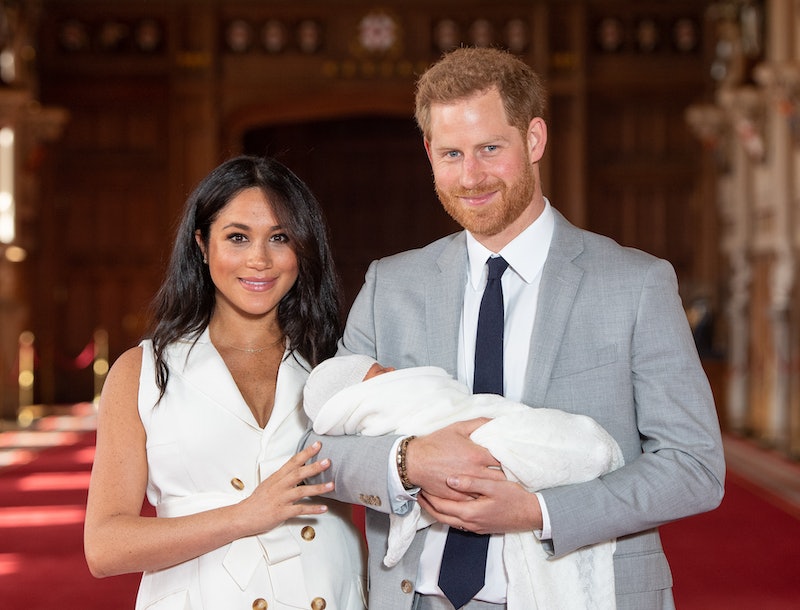 Royal baby Archie has been alive for a week and a half, but new information about Prince Harry and Meghan Markle's son continues to emerge. As reported by People, Baby Archie's birth certificate revealed more details, including exactly where he made his entry into the world.

The U.K.'s Press Association shared the birth certificate on Friday morning on Twitter, and it listed Archie's birthplace as Portland Hospital in Paddington, Westminster. It also listed Prince Harry's occupation as "Prince of the United Kingdom" and Markle's as "Princess of the United Kingdom." Not many people can say their birth certificate confirmed that their parents are a literal prince and princess.

Archie's birth certificate includes a lot of information, too. In addition to Prince Harry and Markle's titles and full names, the document also includes where his parents were born. Like his son, Prince Harry was born in Paddington, Westminster, while Markle was born in California.

It's not where Prince William and Kate Middleton's three children were born, though. Middleton gave birth at the Lindo Wing at St. Mary's Hospital in London, with plenty of fans waiting outside to get first glimpses at the royal newborns. Markle, on the other hand, kept things much more private.

The Duchess and baby are both healthy and well, and the couple thank members of the public for their shared excitement and support during this very special time in their lives."

The Sussexes have also shared several photos of the baby, including one of Archie meeting the Queen. The picture shows Markle's mom and Prince Philip, along with the new parents and the Queen, and it looks like a truly joyful occasion.

Archie's been making the rounds among his royal family members this week, too. Prince William and Kate Middleton met Archie on Tuesday, and Prince Charles met the royal baby on Thursday. The newborn has been in the world for less than two weeks, but he's already bringing joy to plenty of people. Prince Harry and Markle look super happy to be parents, and the details about Archie's birth certificate only add more excitement to the news.