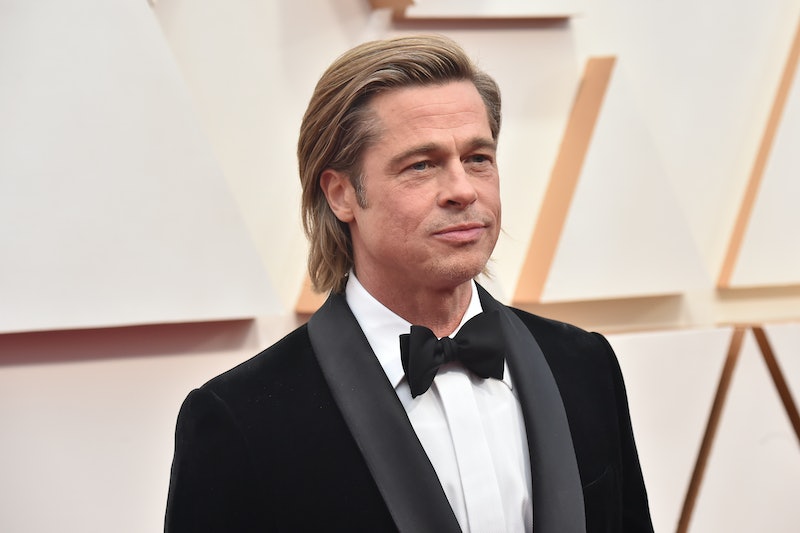 Brad Pitt has been killing his acceptance speeches all awards season, and his 2020 Oscar acceptance speech was no different. This time, there were no jokes about his dating life, but Pitt's Oscars speech for Best Supporting Actor for Once Upon A Time In Hollywood opened with a jab at Senate Republicans.

Pitt took the stage to accept his fist-ever Oscar for an acting role, hugging presenter Regina King. "They told me I only have 45 seconds up here, which is 45 seconds more than the Senate gave John Bolton this week," he began. The actor was of course referring to the former White House national security advisor who was not allowed to testify at President Donald Trump's impeachment trial the week before the Academy Awards.

He then joked that one day Once Upon a Time in Hollywood director Quentin Tarantino should make a movie of the Trump presidency and impeachment trial, which garnered more applause from the crowd. Pitt then moved on, taking way more than just 45 seconds, into standard acceptance speech territory. He thanked his co-star Leonardo DiCaprio for letting him "ride on his coat tails," applauded behind-the-scenes people in the industry, such as stunt crews, for the important work they do, recalled all of the people he's worked with along the way, and then got misty eyed thanking his kids ("I adore you!") before being hustled off of the stage.

Pitt has been in full-on charm mode during this awards season thanks to whoever has a hand in writing his spot-on speeches (a common Hollywood practice). He also took home the award for best supporting actor for his role as Cliff Booth at the Golden Globes, BAFTAs, and the SAG Awards, in addition to Most Swoon-worthy Ex Boyfriend for his interaction with Jennifer Anniston backstage at the SAGs.