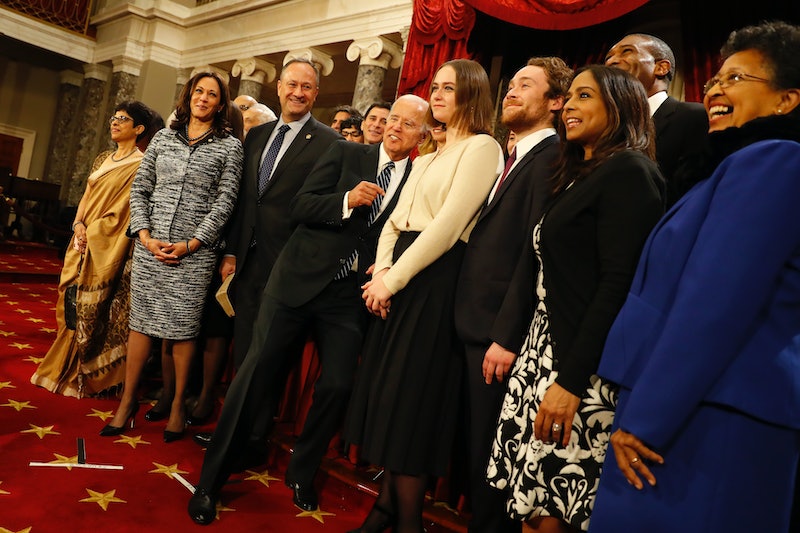 Donald Trump has certainly had a busy few weeks. In just over a week, Trump has already signed a flurry of executive orders, several of which, including an refugee ban, have attracted substantial criticism. As a result, many worried Americans are wondering whether Congress can overturn Trump's executive orders. This question has become even more pertinent as many members of Congress begin to speak out against his policies and vow to fight them.

The answer to this query is not black-and-white. Whether Congress actually can do anything about these executive orders depends in part on whether the issue at hand falls under congressional jurisdiction; that is, whether Trump's order is about something that Congress has the power to legislate. The other major check on Trump's executive orders is the judiciary. Already, a federal judge temporarily halted a portion of Trump's immigration ban, and judges could ultimately be called upon to weigh on the constitutionality of any one of Trump's orders. (Of course, there's no guarantee judges would find any such order unconstitutional.)

As for the legislative branch, congressional Democrats have already indicated their plans to address the immigration restrictions. Senate Minority Leader Chuck Schumer announced that Democrats plan to introduce legislation stopping the immigration ban as quickly as possible; Democrats in the House have indicated similar aims.

According to lawyer Jay Willis writing at GQ, Republicans like House Speaker Paul Ryan or Senate Majority Leader Mitch McConnell, are unlikely to allow any such bill to come to a vote, though Congress' power theoretically enables it to pass a law nullifying the executive order. Willis also noted that many presidents have relied heavily on executive orders (including Obama) and that "it's important to understand that policymaking via executive order is not some new, horrible invention plucked out of thin air by Donald Trump in an effort to see how fast he can unwind two-plus centuries of American democracy."

Ultimately, then, while Congress can theoretically address some of Trump's executive orders via legislation, it seems unlikely that a Republican-controlled Congress will do so.