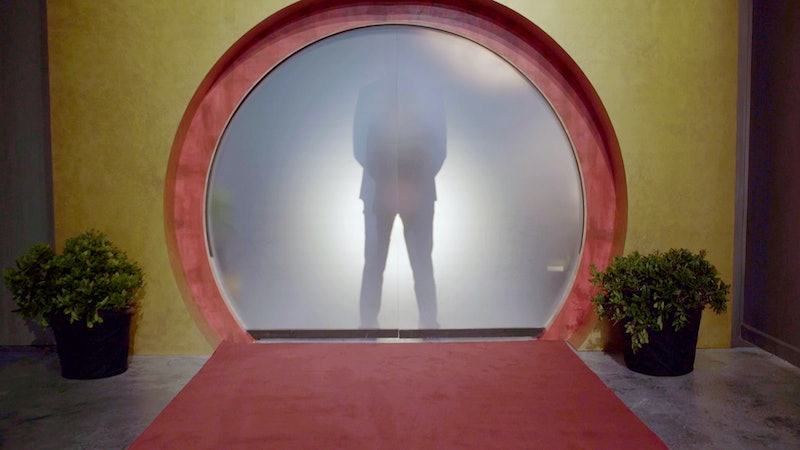 The new Netflix dating show Love is Blind doesn't call itself a dating show — it's an "experiment." The variable they're controlling for is physical attraction. The hypothesis is that removing looks will create more lasting matches: put two singles on opposite sides of an opaque wall and see if they can find love simply by talking. The show's appeal is pure pathos, but when two couples actually say "I do" one month after meeting in person, it's hard to snub the premise. It took The Bachelor, with its Spanish-style mansion and cliché trappings of romance, 13 seasons to translate a relationship into an actual marriage.

For Dr. Jenn Mann, who hosts VH1's Couples Therapy, whatever the contestants found, it wasn't mature love. Mature love is a measure of endurance — inherently, it requires time that the couples didn't have. That said, it's still possible that getting to know each other through frosted glass helped them to get closer faster. "The anonymity of it is making people braver," Mann says. It explains why contestants move so quickly from pat first date chat (You like pizza? No way, I like pizza!) to more confessional subjects. Before ever seeing her now-husband Matt Barnett in person, Amber Pike divulged her traumatic abortion story. She credits the "pods" where they had their first dates.

"We're so ridiculous together [that] we probably would have spent the entire time just goofing around," Amber tells Bustle. "Not having the physical there in the beginning made us really concentrate on getting deeper."

It's a romantic explanation for why conversations got so raw so quickly on the show, but it's not the only one. According to dating coach Samantha Burns, people are more willing to be vulnerable and share uncomfortable parts of themselves when they don't have to physically see the other person's response. "This is similar to texting or sharing anonymously on a website. You're hiding behind a screen, or in this case a wall," Burns says. "It feels safer and there's less threat of rejection."

If going on Love is Blind does have a strategic advantage over real world dating, it's likely not due to the pods. Though so much of dating starts online now, Mann believes the apps make people feel disposable: you swipe left knowing the well will replenish. But on this show "there's a finite number [of people to date]," Mann points out. "So you go in with [an] 'I'm going to pick an opportunity' mindset as opposed to the apps, where it's an 'I'm going to eliminate' mindset."

As for the central hypothesis that love is blind, Mann and Burns are in agreement: real love requires a physical connection, but its importance isn't absolute. The show encourages new couples to prioritize. "Here is a chance to lead with your personality and your values," Burns says. "In the typical dating market, they don't always have that chance because one or both partners rule the other out based on initial impressions of appearance." Other times, when we're very attracted to someone, we focus more on feeling desired than whether or not that person is a good match. Attraction negatively affects decision-making.

Which isn't to say you should persevere when emotional intimacy is firing but the physical charge isn't. In Burns' words, "You should strive to be best friends who also want to get naked together!"

More like this
‘The Ultimatum: Queer Love’ Is Officially On The Way
By Radhika Menon and Kadin Burnett
Here’s When You Can Expect More ‘Indian Matchmaking’
By Brad Witter
The 'Love Is Blind' Season 3 Teaser & Release Date Are Here & The Cast Is "All In"
By Kadin Burnett and Grace Wehniainen
Here's How To Apply For 'Love Is Blind,' No Matter Where You Live In The US
By Grace Wehniainen
Get Even More From Bustle — Sign Up For The Newsletter