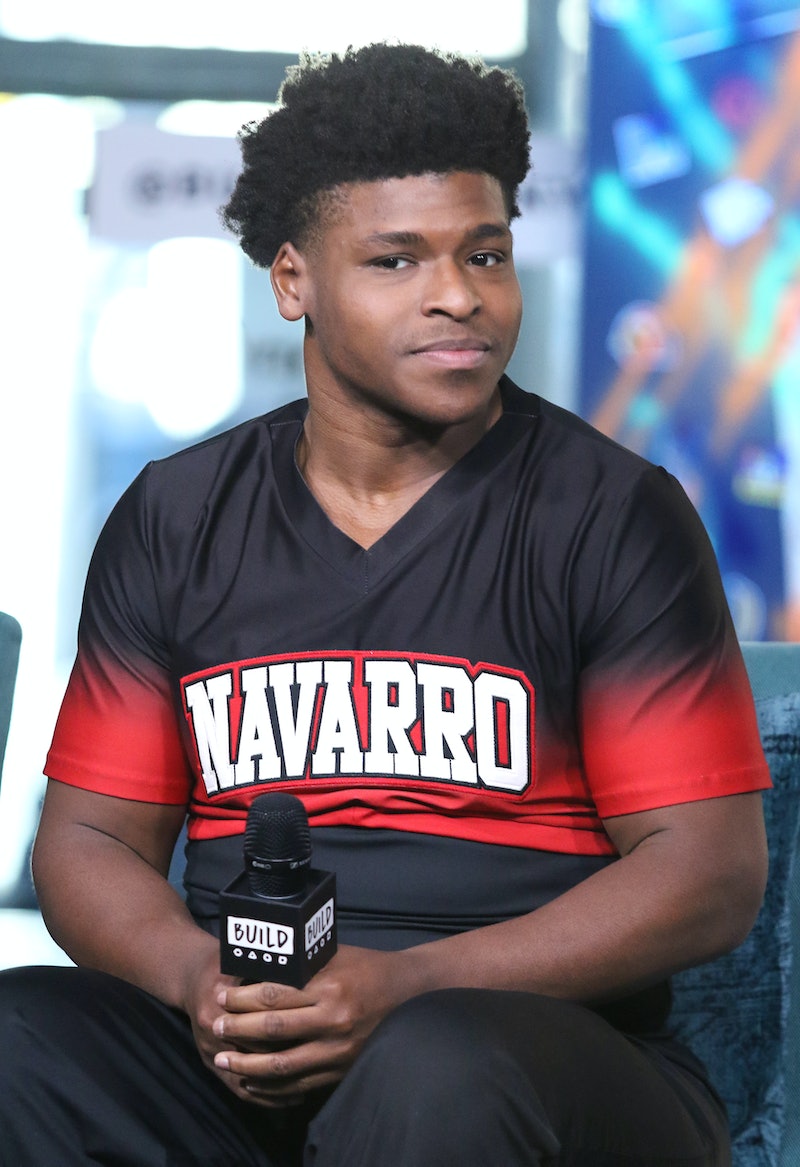 If any of the Oscar nominees needs a boost of confidence on Sunday night, they can take comfort in the fact that at least one correspondent will be properly cheering them on. On Friday, Feb. 7, Ellen DeGeneres announced on Instagram that Cheer star Jerry Harris will be The Ellen DeGeneres Show's Oscars correspondent, and get to interview — and mat talk — the celebrities who will walk the red carpet for the annual awards show.

Despite not being the star of the Navarro College cheerleading squad, Jerry quickly became the breakout star of Cheer thanks to his encouraging, loud and over-the-top "mat talk," which many of his teammates have credited with helping them work hard and succeed. After showing off his special skill during an appearance on The Ellen DeGeneres Show in January, the comedian and talk show host decided there was nobody else who would do a better job representing her show at the Oscars than Jerry. "We told [Jerry from Cheer] that he was going to be our red carpet correspondent," DeGeneres captioned an Instagam video of his coach, Monica Aldama, sharing the big news. "His reaction was priceless."

"Are you ready for some exciting news?" Aldama asks Harris in the clip. "You’re gonna go to L.A. and be Ellen's correspondent on the red carpet at the Oscars!" A visibly shocked Jerry responds by screaming in excitement, before asking with a laugh, "Oh my gosh! So what exactly am I doing?"

"[You're talking to] all the stars," Aldama responds, while Jerry continues to cover his mouth in shock. "You’re gonna interview them … They’re gonna style you and everything!" While Jerry's surprise at learning that he would be attending the Academy Awards was, indeed, priceless, it's far from the first time that he has been shocked at the opportunities that have come his was as a result of the success of the Netflix documentary.

"You think that only a few people are going to watch this cheer documentary. But it turns out there’s a lot more people than we ever could have imagined," Jerry told People in January, adding that he was "shocked" by all of the "love and support" that he and the rest of the Navarro College cheer squad have received since Cheer premiered. "I never in a million years thought that I would get this kind of attention, especially from people outside the cheer world! It is crazy!" he wrote on Instagram around the same time.

In addition to sharing his spirit and positivity in the series, Jerry also opened up about the fact that his mother passed away when he was just 16, sharing that Aldama had become one of his surrogate "cheer moms." In response, viewers reached out to Jerry to ask if they could help him out, and he shared his heartfelt gratitude for their kindness on social media.

"My 'cheer moms' have looked out for me and helped me since I lost my mom when I was 16," Jerry wrote on Instagram, adding that, "In response [to the reaction from fans], my cheer moms reactivated the Gofundme that they set up for me four years ago. I am overwhelmed at the response and generosity," he said, of the people who donated after watching Cheer. "I don’t really have the words to express how thankful I am for all of this and all of you."

Regardless of whether or not they take home a trophy on Oscars night, everyone who gets to speak to Jerry on the red carpet will no doubt walk away feeling like a winner. After all, nothing is more inspiring than Jerry's mat talk.