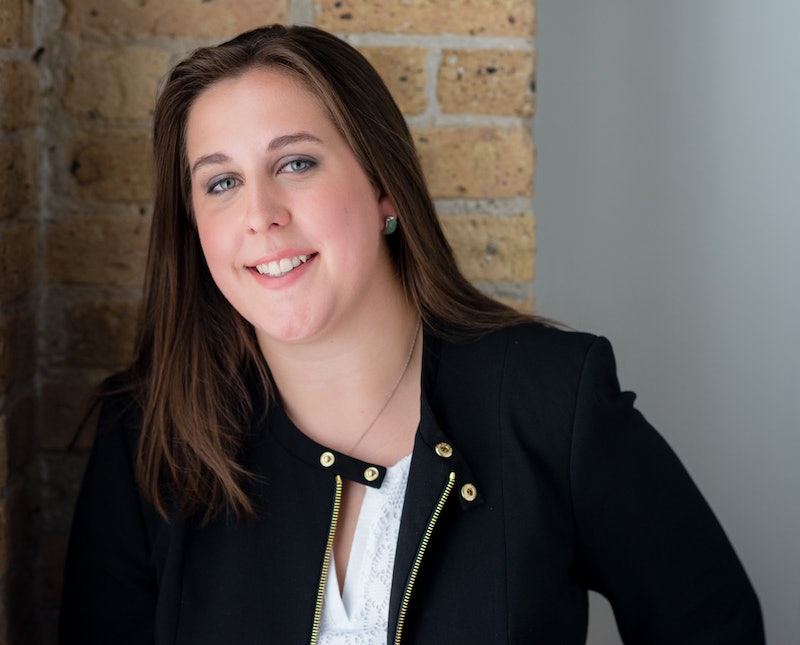 If you came up with a bankable technology straight out of college, you’d probably be shouting it from the rooftops, telling anyone who will listen about the journey that led you to your brilliant idea. Well, you might, but co-founder and CEO of health tech company Vital Vio, Coleen Costello, isn’t most people, and when we chat one December afternoon, her story is the last thing that interests her.

“I think it's a little bit surreal to consider some of those early days when we were starting small house fires that are in our college dorm kitchen,” she says. “What we're really focused on is the continued growth and that forward-looking optimism and persistence that has contributed to getting us where we are today from that kitchen table.”

The kitchen table, which was where she pioneered VioSafe® White Light Disinfection® technology, an innovation that uses light to dramatically reduce contamination and infection risk, allowed the now-28-year-old Costello to found Vital Vio right out of college. Now, she now leads an entire company whose technology has been adopted by major colleges like Virginia Tech and Duke University, both of which have equipped their athletic facilities with her disinfecting lights.

But perhaps the reason Costello holds her past close to the vest is that the company is also an emotional venture for the biomedical engineer, who was inspired to start her research after her grandmother contracted MRSA during a trip to the hospital. And when she does speak about what brought to her this life and this path, she admits that the pursuit of science has always been quite personal.

“I actually got into biochemistry when I was in high school. I did an intensive three-year science research program in high school after my brother got diagnosed with type one diabetes,” she explains, adding that this personal connection inspired her to take on biochemistry internships that could then allow her to work on things that might actually help her brother. “That, for me, was a very rewarding feedback process, as the work I was doing during the day could one day impact people's and improve people's lives.”

While Costello always thought she’d wind up living the life of an entrepreneur, it was this combination that really clinched it. “When I started to get more and more comfortable with the concept that you could do both well and good at the same time, it really, for me, crystallized a path,” she says. “It was certainly a hard choice to say ‘no’ to more of the corporate path, but I thought, ‘What better time in my life than after graduating college to take a risk associated with building a business?’"

Now that she’s taken that risk and watched it pay off, Costello is also looking to the future by working with the Girl Scouts and other young women who aspire to careers in science to help get them where they need to go. “It's really important to make sure that young girls have the opportunity, if it interests them, to have those same experiences [I had] because I know what a meaningful impact the advisors, mentors, and even leads of my lab [had] as it relates to where I am today,” she says.

As you might expect, Costello got her education in a very male-dominated environment (she attended an engineering school that had a very small percentage of women, “we were outnumbered three to one” she laments) and the numbers throughout the engineering world certainly don’t paint a rosy picture for gender parity. Only 13 percent of engineers in the workforce are women, according to The Society of Women Engineers, and the number of women seeking engineering, math, statistics, and computer science degrees has only increased a few percentages from 3.5 to 7.9 between 2006 and 2014. In the STEM field, which Costello is particularly passionate about, the same study finds that 32 percent of women switch out of STEM programs in college and that 30 percent of those women cite organizational climate as the reason for leaving. But despite all that, Costello says she was lucky enough not to ever feel held back by the stats.

“I've been fortunate in that sense though, the women who've come before me in the field of entrepreneurship and in health care have been amazing advisors, board members, and investors for us. The gender differences have really not made a major impact in growing Vital Vio,” she says.

And if that’s not encouragement enough, Costello is also certain that the future might actually be pretty bright. Through her work with young science-inclined women, she’s finding that the next generation of female engineers are charging full steam ahead, not even concerned that the industry numbers aren’t balanced.

“They truly already typically have some sort of interest and passion around science or are just starting to get an understanding of what the term engineer might be,” she says, adding that she sees her role as simply guiding them along the right path, rather than having to encourage girls to get into science in the first place. “They are really just interested in understanding all of the options that are available to them, which I find certainly inspiring.”

And while her organization is just one small sample in a sea of many male-dominated ones, its impact certainly won’t be.

More like this
Twitter Has *A Lot* To Say About The "Single Penalty”
By Sam Ramsden
24 History-Making Black Women You Probably Didn't Learn About In School
By Ayana Lage and JR Thorpe
25 Inspiring Quotes From Black Women To Celebrate Black History Month
By Kyli Rodriguez-Cayro and JR Thorpe
What Is Pamela Anderson’s Net Worth? She Was Never Paid For Her Stolen Sex Tape
By Hugh McIntyre
Get Even More From Bustle — Sign Up For The Newsletter
From hair trends to relationship advice, our daily newsletter has everything you need to sound like a person who’s on TikTok, even if you aren’t.