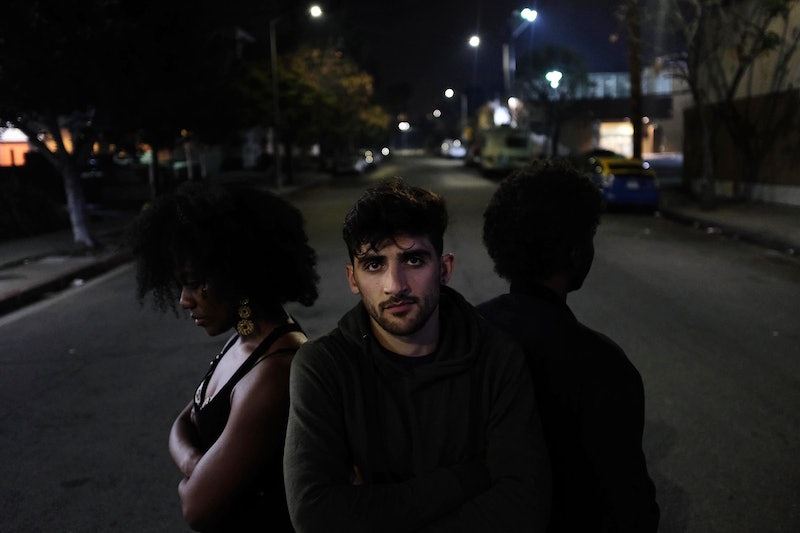 The popularity of true-crime docs has sky rocketed in recent years after the release of streaming hits such as Making a Murderer, and fans of the genre are in luck, because Channel 4 are about to air their latest documentary, which centres around one of America's most shocking serial murder cases. Confessions Of A Serial Killer tells the story of Samuel Little, one of the most prolific serial killers in U.S. history, and examines how he managed to escape the rule of law for so many years.

Warning: This article contains information about homicide and the serial killer Samuel Little, which some may find triggering.

The documentary was created by filmmaker Ben Zand, who travelled from California to Mississippi in order to investigate this shocking case. According to the Radio Times, serial killer Samuel Little claims to have murdered more than 90 women across the United States over a four-decade period, and, although the number of victims rose and rose during his rampage, the crimes were seemingly ignored.

As reported by the Daily Mail, when Samuel Little confessed to the scale of his heinous crimes, the 78 year old was already serving a life sentence in a California prison for the murder of three women. In 2018, the newspaper reports, Little revealed that he had allegedly killed 87 more women between the years of 1970 and 2005, which stunned the public and devastated the families of those lost during his lengthy murder spree.

The FBI have previously revealed the details surrounding Little's confession, the Daily Mail explains. The newspaper quotes the FBI, writing:

"Near-daily discussions took place with law enforcement 'to create the most accurate accounting possible of Little's crimes ... Little remembers his victims and the killings in great detail ... He remembers where he was, and what car he was driving. He draws pictures of many of the women he killed ... He is less reliable, however, when it comes to remembering dates.'"

Without Samuel Little's confession, the full extent of his crimes may never have been uncovered, and throughout Confessions of a Serial Killer, film-maker Zand sets out to discover exactly why this was the case.

In a write up of the Channel 4 show for the Radio Times, Jane Rackham reveals that viewers are given access to "never-before-heard audio tapes" of the serial killer, which reveal that the majority of Little's victims were "black sex workers or addicts." After learning this, Zand comes to the chilling conclusion that Little managed to walk free for so long due to his calculated decision to target marginalised members of society.

In addition to Confessions of a Serial Killer, Zand is also known for his work on a variety of BBC productions including Is This Sexual Harassment?, World’s Most Dangerous Cities with Ben Zand, Trump: A Very British Welcome?, and R Kelly: Sex, Girls & Videotapes. Although the chilling case of Samuel Little has been resolved, Zand's unique approach to this shocking true-crime story will no doubt make for some compelling viewing.

Confessions of a Serial Killer airs on Channel 4 at 9 p.m. on Sunday, May 27.

More like this
What Reporting On The UK’s Most Prolific Cyber Stalker Taught Me
By Sirin Kale
'The Ex-Wife’s First Look Pics Are Giving 'Gone Girl' Vibes
By Bustle UK
'Line Of Duty’s Jed Mercurio Has A New Crime Drama In The Works
By El Hunt
After The Bling Ring, Nick Prugo Was Embroiled In Another Scandal
By Arya Roshanian
Get The Very Best Of Bustle/UK