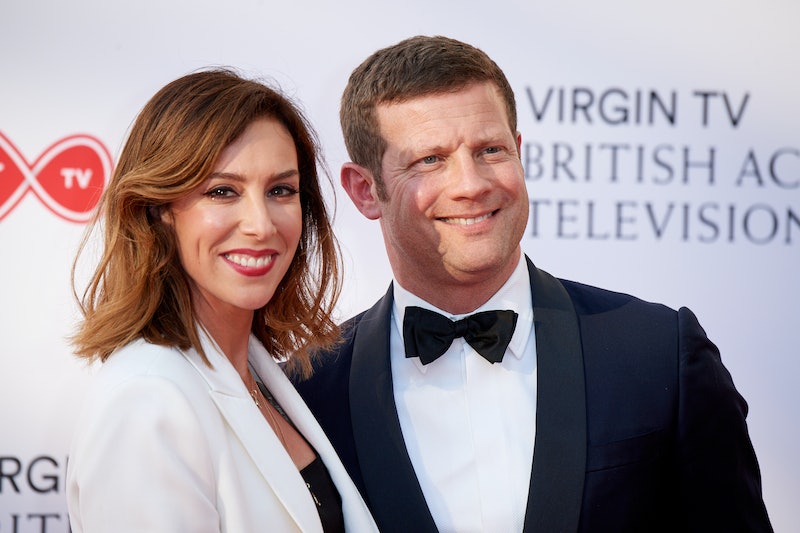 While Ant has Dec, Sue has Mel, and Ronnie had Ronnie, Dermot O'Leary has remained a lone ranger. He's spent more than a decade presenting formidable shows such The X Factor and Comic Relief. And if you’re a fan of O’Leary you can catch him on Feb. 2 as he takes on the monumental gig of presenting the BAFTAs. But who's his teammate off-camera? O'Leary is married and has been with Dee Koppang for a while now, but what’s their backstory. Where did Dermot O'Leary and wife Dee Koppang meet?

Koppang is known for a lot more than being O'Leary's wife. While her husband mostly does his presenting job onscreen, Koppang's role is behind the scenes, where she works as a director and producer for some seriously high-profile stuff. According to her IMDB page, she's produced the likes of Big Brother and Victoria's Secret fashion shows, and she even serves as the second unit director for The Crown. So, you can probably imagine where her and O'Leary first crossed paths.

According to OK, the pair met in 2002, when they happened to stumble into the same meeting at a TV production company. A decade later, they were married in a small ceremony in Kent village, as the Daily Mail reported on Sept. 14, 2012.

The Daily Mail also gave a glimpse into the couple's life and their seriously bougie London home on Nov. 29, 2018. Exposed brick lends their pad a rustic charm, and a huge staircase draws the eye straight away. Or maybe it'll be the menagerie of cats that'll catch your attention first. The furry creatures have come to take over the couple's property (as well as their Instagram feeds).

As the Telegraph reported on Jul. 25, 2017, Koppang and O'Leary have collected a few stray cats during their time as a couple. One of them had a sadly short life, and O'Leary melted hearts when he said goodbye to his old friend via an Instagram post, writing how the late cat had "made our house a home, made us better people, and won the hearts of all that met him." He even notes that "He was only 4. And in our minds, that means he's joined the 27 club — in cat years." Seriously, it might be one of the longest Instagram captions I've ever seen, but it's actually a really beautiful eulogy.

The pair are massive supporters of their feline friends and on World Animal Day 2019 O’Leary posted, “we love our pets dearly and the thought of them in pain or distress is hard to bear. Just like our pets at home, the working animals of the world deserve lives that are free from suffering. @SPANAcharity works tirelessly to improve the welfare of these animals – and that is why Toto, Socks and I are showing them our support this World Animal Day.” This is far too sweet.

Koppang documents much of her life with O'leary and their fluffy, four-legged kids on her Instagram, too. She's posted several cute couple pics, as well as lots of selfies with their rescued cats. One scroll through their feeds, and you'll find that these two are actual cat mum and dad GOALS. But if you really want to know the extent of O'Leary's cat love, you should go out and get his book Toto the Ninja Cat and the Great Snake Escape. Yes, it's about as ridiculous as it sounds, but it's also based on the real-life antics of his own cats.

So, it's official: O'Leary and Koppang are just purrfect together.

This article was originally published on Jan. 22, 2019