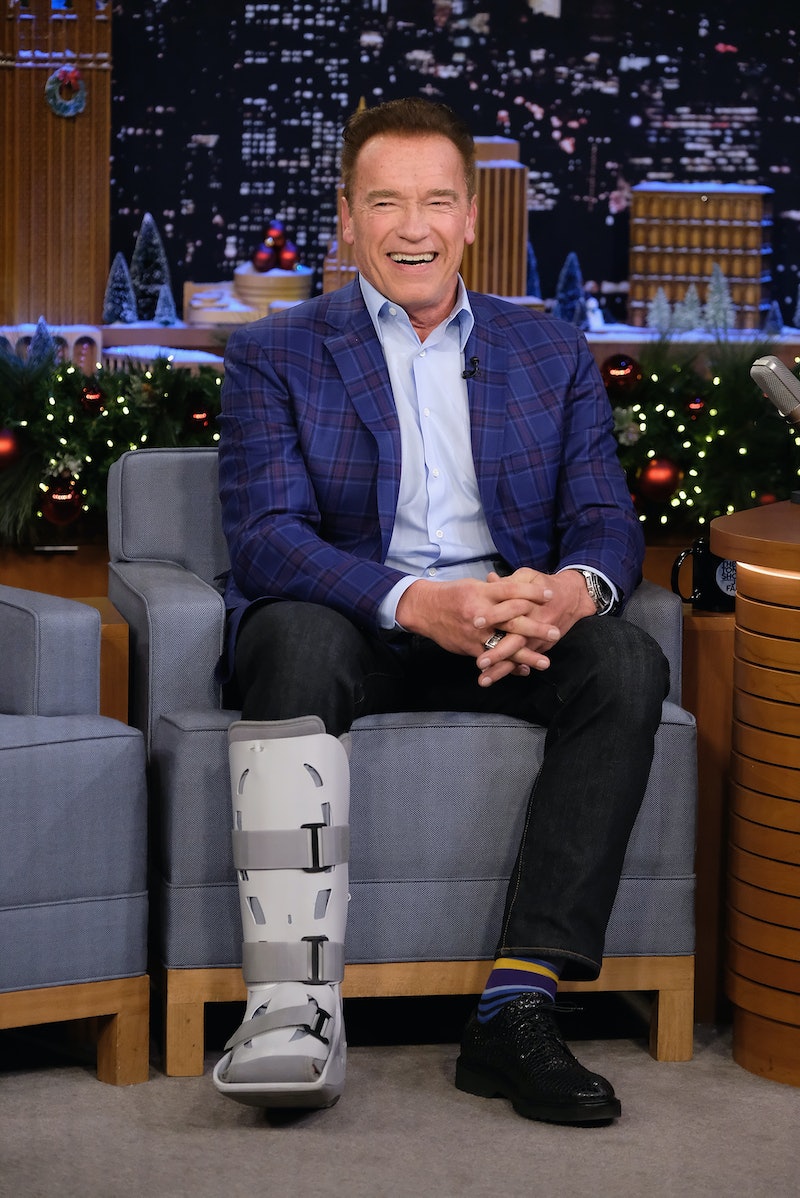 On the morning of the intelligence briefing regarding Russian interference in the U.S. election, President-elect Donald Trump has some thoughts — they're just not anywhere near what one would hope is on the mind of the next leader of the free world. No, instead of considering the detailed conclusions of every single intelligence agency — that Russia did indeed hack the presidential race in favor of electing Trump — this former reality television star has a certain reality television show on his mind. Just hours before this monumental intelligence briefing, Trump tweeted about The Celebrity Apprentice.

This fact alone would be bad enough, but of course, Trump never knows when to quit digging (American politics has a reportedly shallow grave). Not only did Trump take this time to tweet about the new season of his show, the president-elect used it as an opportunity to bash both new host Schwarzenegger and Hillary Clinton.

Of course, Trump sees fit to blast Clinton over absolutely nothing all of the time, but his attack against Schwarzenegger is a little more out of place. Trump is still an executive producer of The Celebrity Apprentice, so one would think the president-elect would still want the show to do well regardless if he's the star or not.

But whether it's denying the plausibility of intelligence briefings or bashing the new host of his flagship show, Trump's ego gets in the way time and time again:

Trump's decision to stay at the helm of The Celebrity Apprentice while serving as president wasn't without its extreme and deserved scrutiny. When the public learned of the president-elect's plans to stay on board the show in December, adviser Kellyanne Conway attempted to explain away his involvement, chalking it up to a mere hobby. She told CNN, "Presidents have a right to do things in their spare time or their leisure time."

Conway later walked back the statement after Trump tweeted in response: "I have NOTHING to do with The Apprentice except for fact that I conceived it with Mark B & have a big stake in it. Will devote ZERO TIME!"

And yet here we are, the morning of the Russian interference intelligence briefing, and Trump apparently has enough time to devote a few disparaging tweets to the show.

Schwarzenegger, for his part, fired back with the best response:

Variety reports that Trump will receive a likely five-figure fee per episode at minimum, a payment that will be provided to him by MGM during his time at the White House. Considering he turned down the president's salary, perhaps he wants the extra income.

More like this
Wait, Is Maya Jama Confirmed To Host 'Love Island'?
By Sophie McEvoy
Every Celebrity From 'The Masked Singer' Season 8 Revealed Or Rumored So Far
By Gretchen Smail and Brad Witter
'Survivor' Host Jeff Probst's Salary Per Season After 22 Years Is The Real Winner
By Hugh McIntyre
You Can “Fall In Love” At The Resort Where Bachelor In Paradise Season 8 Was Filmed
By Brad Witter
Get Even More From Bustle — Sign Up For The Newsletter