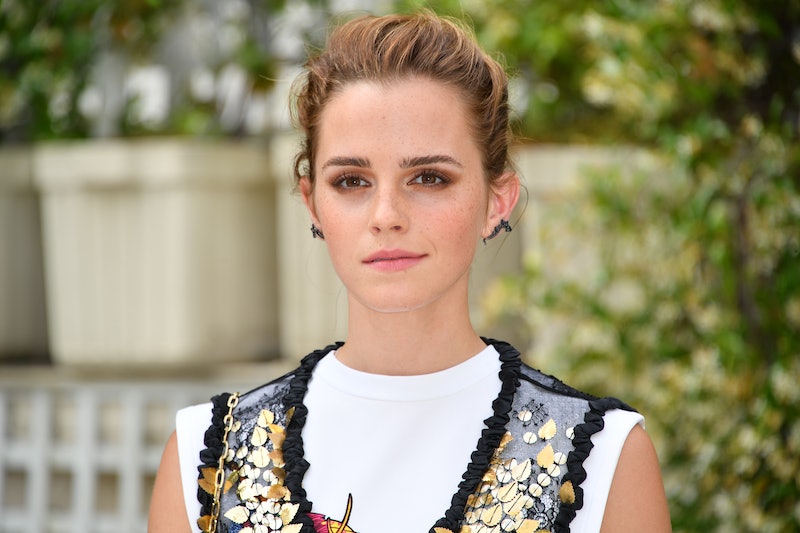 Emma Watson has long been committed to wearing and promoting sustainable fashion, so her latest job title may come as no surprise to fans of the star. The star has taken her dedication to sustainability one step further, taking on a new role to help a major luxury fashion group. Emma Watson has joined the sustainability committee at Kering, the owner of top fashion brands such as Gucci, Balenciaga, and Saint Laurent.

Watson joins Former Credit Suisse boss Tidjane Thiam and the head of Chinese ride hailing giant Didi Chuxing, Jean Liu as new board directors at the French company. Kering boss François-Henri Pinault praised the new board members' "knowledge and competences, and the multiplicity of their backgrounds and perspectives".

Kering announced the news via its Twitter account, sharing separate Tweets for each of the three new members. In the tweet announcing Watson's new role, the brand wrote: "Kering is proud to announce that @EmmaWatson is joining its Board of Directors, alongside @JeanLiuQing & Tidjane Thiam. Their appointments have been approved by Kering’s shareholders during the Group’s Annual General Meeting, as proposed by the Board of Directors in March."

It is unclear exactly what Watson will be doing in her new role, but she has always been passionate about eco-friendly clothing, so seems perfectly suited to the job.

Watson is already the face of the Good On You app, which rates brands on their sustainability. She has also previously spoken via the platform about the importance of sustainability in fashion. "In truth, we can all play a part in driving fashion to be more sustainable and ethical. By choosing to wear clothes from labels that embrace transparent, creative and innovative production methods; and by re-wearing, recycling, swapping and thrifting," she said.

Adding: "Fashion is a creative force. It has the power to persuade, to influence, and transform. When fashion truly embraces transparency and sustainability, other spheres will follow. We’re on a journey towards a more sustainable future."

Kering brands such as Gucci and Balenciaga have all previously received fairly mid to low sustainability ratings from Good On You, which could explain why they have taken the recent step to expand their sustainability committee.

Interestingly, designer Stella McCartney ended her namesake brand's partnership with Kering in 2019 after 17 years together, moving instead to fashion giant rival LVMH where she took up a "specific position and role on sustainability as special advisor" to LVMH chairman and CEO Bernard Arnault and the executive committee members.