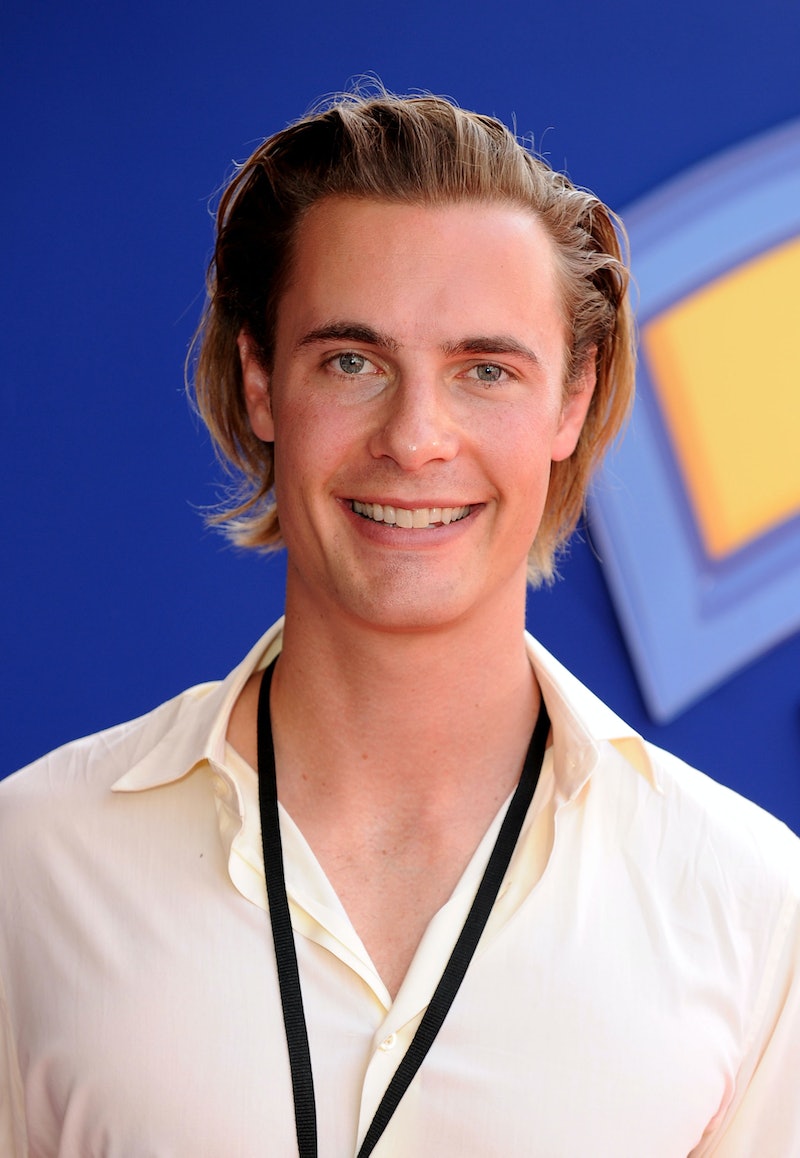 Hold your helmets and rollerblades, because Andy "Brink" Brinker, aka Eric von Detten, is now a dad. That's right, the former Disney Channel Original Movie star welcomed a beautiful baby girl with his wife, Angela von Detten, on May 17. Based on the photos shared by Angela on Instagram and her Instagram Story, the two are already head over heels in love with parenthood.

Angela posted a solo image of her daughter, along with another photo of herself holding her newborn. In the caption accompanying the two pictures, Angela, a Los Angeles realtor, revealed her baby girl's name: Claire Elizabeth von Detten. She also wrote,

"Welcome to earth sweetie. Giving birth was the most magical experience of my life so far. I didn’t think it was possible to love so deep...seriously I love you more than life itself my baby Claire Bear. Daddy and I are so blessed you chose us. Thank you for being our sweetest treasure and adventure that’s to come. Claire Elizabeth von Detten Born 05.17.195 lb 13.5 oz | 19 inches."

Angela also posted a photo and a video on her Instagram Story showing just how happy Erik is to be a first-time father. In the picture, Angela is seen in her hospital bed holding Claire, while Erik sweetly peers over and stares at his daughter. Angela captioned the image by sharing Claire's birth day, May 17, 2019, writing "Claire's birthday," and using a "Happy Birthday" GIF.

As for the her video, Erik holds Claire in his arms and plays the piano at the same time. Angela captioned the father-daughter footage, "Claire loves when daddy plays [piano emoji] for her."

On Jan. 25, Angela revealed on Instagram that they were having a girl. She wrote next to the image of herself holding a tiny pink shoe, "For those who guessed GIRL, you're right! World, brace yourself for a Mini-Me ... due May 2019."

Erik is of course known for starring in the 1998 DCOM Brink!, along with several other Disney projects, including voicing Sid in Toy Story and Erwin Lawson in Recess and playing jerk Josh next to Anne Hathaway in The Princess Diaries.

As reported by Romper in November 2018, Erik, who is now 36, no longer acts, but works in sales and performs whenever the opportunity presents itself at his local community theater. He told the outlet,

"I really enjoy acting from time to time [when] I've had the opportunity to do it — the neighborhood play and whatnot. I never reached super fame, if you will. I was always kind of, under the radar at some extent, and I really enjoyed that actually because I think that if you become too famous I guess, you can't really even have much of a private life."

Erik also opened up about maintaining an overall private life. He told Romper, "I never reached super fame, if you will. I was always kind of, under the radar at some extent, and I really enjoyed that actually because I think that if you become too famous I guess, you can’t really even have much of a private life."

Now that he's married and is a father, Erik probably appreciates his privacy even more. That said, here's hoping Angela shares a glimpse into their lives as parents every now and again, because it's wonderful to see how happy the one-time DCOM star is today.