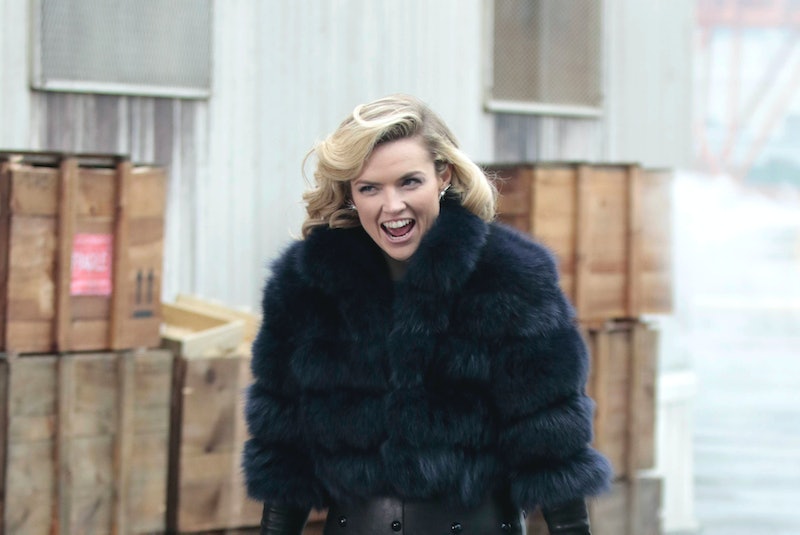 While fans of Gotham were promised the big reveal of Harley Quinn in the Season 3 finale, it seems as though her unveiling didn't happen. At least, the popular character didn't appear in an obvious way, but that doesn't necessarily mean she wasn't in the episode. In fact, there are several Harley Quinn Gotham theories circulating already, especially since members of the cast have been so secretive surrounding the introduction of the Joker's other half. So did Harley Quinn appear in the Gotham Season 3 finale? And, if so, where was she?

The actor Erin Richards, who plays Barbara Kean on the show, discussed Harley Quinn in an interview with CinemaBlend several months ago. She said, "I think something major would have to happen to Barbara for her to fully become Harley Quinn." As viewers will know, Barbara was electrocuted in the series finale, leading many to believe that her death marked the character's transformation into Harley. As Richards told CinemaBlend, "I think if she was to then morph into Harley Quinn, there would have to be something that happened that sort of stripped away that kind of scheming side of her so that she would just become, I guess, unhinged in the world. That, to me, is what Harley Quinn represents."

So, with that in mind, which Harley Quinn theories are most likely to come true in the Gotham universe?

From her electrocution to the subtle lighting and costume choices evoking Harley, most fans are placing bets on Barbara becoming Harley Quinn. Perhaps her death was just the start?

While comicbook.com speculates that Leslie Thompkins has left Gotham for good, it seems much more likely that the doctor will be back next season. Perhaps, when she returns, she'll have evolved drastically. After all, she was infected with the Alice Tetch virus.

Several people on social media are speculating that the girl that saved Bruce in the finale is in fact Harley Quinn. Interesting.

However, TVLine have attempted to diffuse the rumors that Harley Quinn is coming to Gotham. As Matt Mitovich wrote, "Barbara’s electrocution was meant to be a nod. But I have since been assured it was not, nor are there any plans at this time for HQ to surface on the TV series." And so the mystery of Gotham's Harley Quinn remains unsolved.