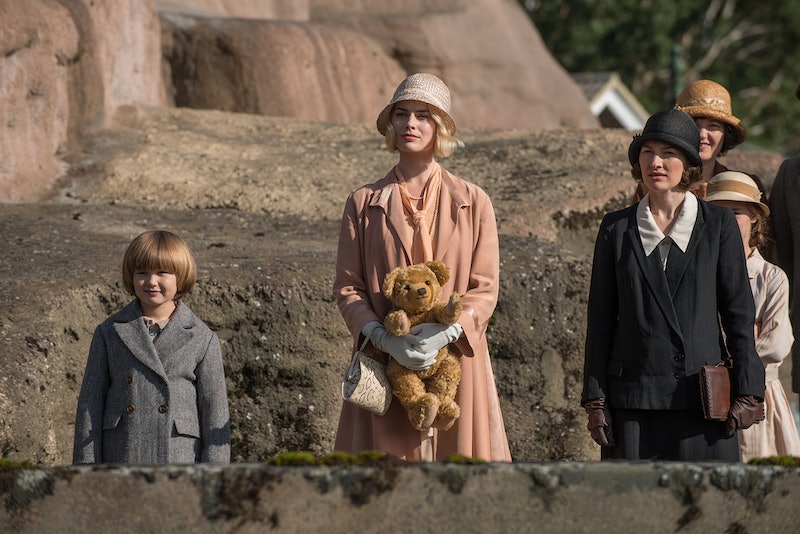 For generations, kids have grown up with the characters of Winnie-the-Pooh. First in the books by author A. A. Milne, and later to a larger degree by the massive Walt Disney franchise. But even though just about everyone is familiar with the characters of the Hundred Acre Wood, fewer people realize that they were based on Milne's son, whose actual name was Christopher Robin Milne. The new film, Goodbye Christopher Robin, looks to remedy this situation by revealing more about the history behind the books, but how accurate is Goodbye Christopher Robin, really?

The film attempts to show how the immense fame brought to the family from the Pooh books affected their relationship, with the often-strained relationship between Milne and his young son taking center stage. As Winnie-the-Pooh got more famous, the more the child was thrust into the spotlight by his family and the press, regardless of how he felt about the situation.

The movie was co-written by Simon Vaughan, a television and film producer whose only other IMDb writing credit was on the 2004 drama film A Bear Named Winnie, about the real bear named Winnipeg who served as the inspiration for Winnie-the-Pooh's name. So clearly, Vaughan has an affinity for all things Pooh-related. As does, apparently, Vaughan's co-writer on the film, Frank Cotrell Boyce, who wrote an extensive piece in The Guardian relating to his research in penning the screenplay. In the piece, which details Milne's personal strife after having fought in World War I, as well as the author's inadvertent robbing of his son's childhood thanks to making him an immensely popular children's book character, Boyce admits that he didn't include everything he could have in the film. "Milne’s letters to his brother Kenneth uncover the wellspring of his creativity with all its childish joys, shadowed by tragedy," Boyce said. "They are a real find. Of course, when I was asked to write a film about Milne I left that out."

For the most part, though, it seems Boyce and Vaughan stuck to the facts. The pair based their work on the biography of Milne written by Ann Thwaite, A.A. Milne: The Man Behind Winnie-the-Pooh. Her book, originally published in 1990, was extensively researched, and relied on memoirs by both A. A. and Christopher Robin, as well as unpublished letters and family memories relating to the author, according to Amazon. With all of this verified information at their disposal, there's no reason to think that the creators of Goodbye Christopher Robin were unable to put together an accurate biopic of the author.

Producer Damian Jones, speaking to Deadline, summed up how the movie accurately captures and distills the history of A. A. Milne, Chritopher Robin, and Winnie-the-Pooh. "Milne came back, as is documented, from World War One suffering from PTSD, and, indeed, as the film depicts, got more and more frustrated with both himself and the life he’d created for himself," Jones said. "He was a very successful West End playwright at the time, and he was ready to turn his back on that success to find more meaning in his work and his life. So he moves to [the countryside], and that’s where — as chance would have it — he’s finally left alone with his son, and that’s the start of their bonding, which then inspired the stories. The success of those stories, for Christopher, ruined that special moment. But for the rest of the world, they brought joy at a time when people felt like there was no hope."

Although the movie surely makes some use of dramatic license, as any Hollywood biopic does, Goodbye Christopher Robin is, for the most part, an accurate depiction of how Winnie-the-Pooh came into being, and what that meant for author A. A. Milne and his son, Christopher Robin.