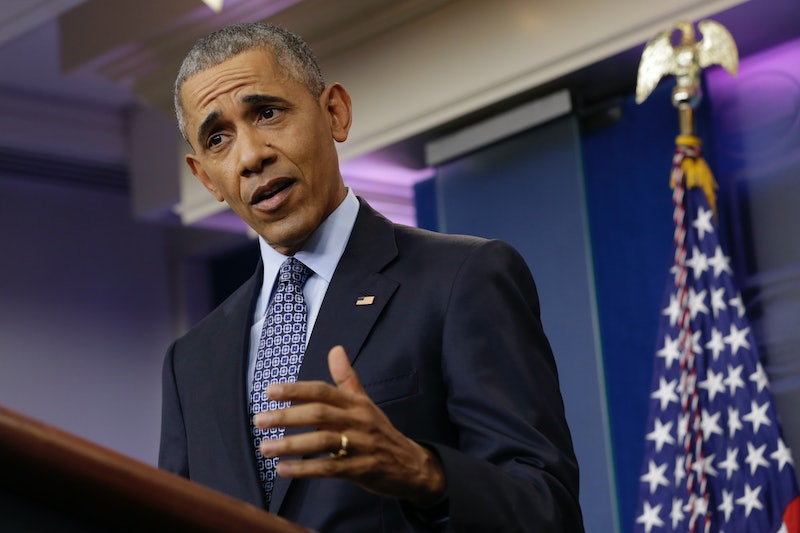 On Jan. 17, just a few days before he leaves office, President Obama stunned the nation when he commuted the sentence of Chelsea Manning, WikiLeaks whistleblower, along with over 200 other prisoners. The Twitter mill was immediately set in motion, with many congratulating Manning on her release later this year and others decrying her as a traitor. Interestingly, however, some people on both rights side of the aisle described Manning as "lucky" for her shortened sentence. This belief reveals the insensitivity of those who would classify serving seven years in prison, many of which Manning reportedly spent being mistreated for her gender identity, as "luck".

The concept of Manning's "luck" is based on an even more absurd idea — that the 29-year-old whistleblower is somehow privileged for being trans, as evidenced by right-wing media analyst Mark Dice following news of Manning's commutation. His widely circulated tweet is rife with offensive material in its 140 characters. He not only posits the (capitalized) concept of "Trans-Privilege," but also suggests that Manning is lucky for not being a "regular person," who would otherwise have served the rest of their 35-year sentence. Despite the Twitter takedowns of Dice and his offensive tweet, the support for his position on Manning is incredibly telling.

For those who might still be confused: there is absolutely nothing "privileged" about living in a world filled with people who disregard and revile the true selves of millions of people and actively campaign against trans people using public facilities. There's nothing "lucky" about trans people being more likely to be murdered or sexually assaulted than their cisgender counterparts. And there's definitely no luck in Manning having to come out in prison and ultimately attempt suicide twice.

To suggest anything otherwise demonstrates a blatant disregard for the humanity of trans people, and whether you think Manning is a traitor or a hero, she is still human and worthy of the basic dignity afforded to everyone in the world. Or so you'd think.

Dice's "trans privilege" argument follows along the same lines as those who believe in "female privilege" (a concept pushed by Men's Rights Activists, who believe women are unfairly advantaged over men) and "Black privilege" (the idea that Black people gained privilege from affirmative action and Barack Obama's election.) The relatively new idea of "trans privilege" seems to have emerged from right-wing reactions to Caitlyn Jenner's coming out in 2015, and is based on the idea that trans people, like Black people, women, and gays and lesbians, are championed and perhaps tokenized by liberals for their differences. In this line of thinking, Manning is "lucky" that she's trans, because it allowed President Obama to gain liberal brownie points for commuting her sentence.

Despite the nonstop stream of what I consider to be garbage from some members of the right throughout the last election cycle, the flurry of attention surrounding "trans privilege" managed to surprise me. That there are people who care so little about the bigotry and violence trans people face shouldn't come as a surprise, but this is a new low. There was no luck involved in Manning's commutation, and the world she's entering as a trans woman will not include any privileges based on her gender identity.