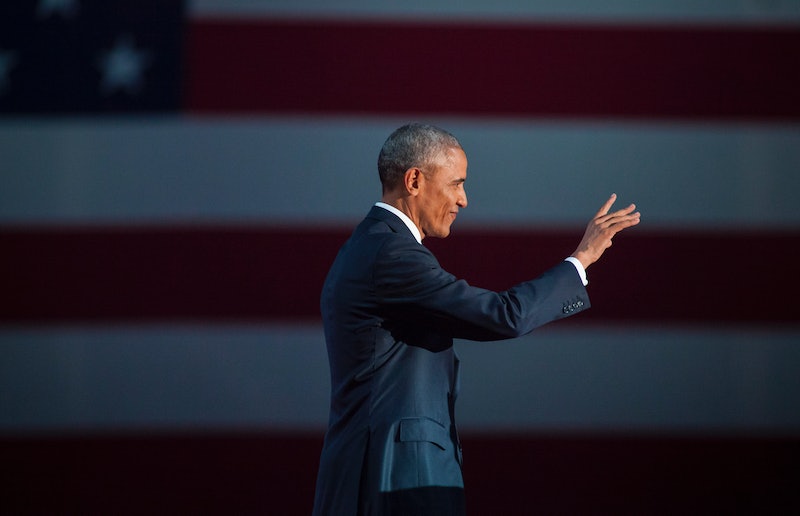 Sorry, I was just cutting some onions. Or is it raining in here? Alright, alright, you know what it really was — I was just watching the President Barack Obama's swan song. And now if you're anything like me, you're already wondering how to rewatch Obama's farewell speech — because this is something that's worth seeing again and again, until its messages have fully embedded themselves in your psyche.

Luckily for everyone, there's good news in this case. The internet is currently littered with versions of the full video of Obama's speech, so you'll have absolutely no problem finding your favorite one and then just setting it to play on repeat. There's even one in this article, so you don't need to search any further. If you'd rather really analyze (and potentially memorize) his words, you can also easily find the full transcript of Obama's farewell address here. This speech is public property, so there are no firewalls or paywalls here. These words are for everyone in America to see, hear, digest, cry about, smile at, embrace, and most of all remember. This is a country that elected Barack Obama twice. Whether or not you voted for him or supported him, Obama and his achievements are also yours to celebrate and be proud of.

There are so many brilliant moments from Obama's speech — maybe you didn't catch them all the first time, so there's another reason that it's worth seeing again. Maybe it's his absolute dedication to Michelle that got you going, or his sweet words to his daughters. Maybe it's his message to Joe Biden, the "scrappy kid from Scranton" whose fatherly humor is something that I think I can safely say that everyone on the political left will miss. Maybe alongside all of the heartwarming moments, what you liked the most were Obama's digs at President-elect Trump and the divisiveness that came with Trump's campaign and has only worsened since the election. If that's your jam, no judgement.

The bottom line is this: President Obama has given the country, and the world, one more thing to savor. One more thing to remember him by. Almost an hour worth of things you can come back to over the next four years if you're ever feeling worried about the political situation or tense about the something going on in the world. Obama, for all of his and his administration's flaws, gave the country a remarkable amount of progress. No matter what the next four years bring, let this speech serve as a reminder that the needle will eventually swing back to the side of progress.