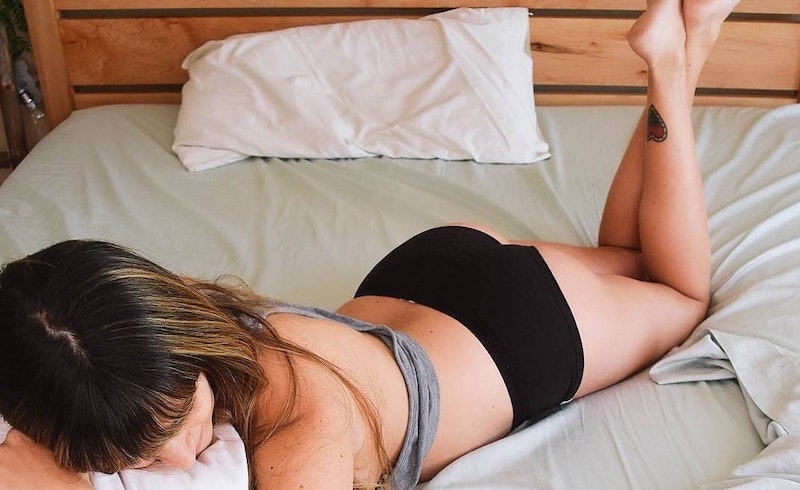 We don’t usually think about how our fabrics are made, but some of the most common fabrics out there are bad for the environment. For example, cotton needs a lot of water, insecticides, and pesticides to grow. Moreover, cotton can be hard to recycle, according to Marc Bain over at Quartz. Polyester, the most common fabric out there, is made from petroleum and can take a long time to break down in landfills. The Chinese government even estimates that fabric-related chemicals have polluted 70 percent of the water in northern China. In fact, by industry, fashion is the second biggest polluter, according to an article from The Guardian. (The first is, unsurprisingly, the oil industry.)

The good news is that there are many eco-friendly fabrics out there, including soy, silk, wool, alpaca, Sasawashi (a Japanese fabric), and, of course, hemp. Hemp doesn’t need chemicals like pesticides during the cultivation process and can grow in almost any environment. Hemp even produces more fiber per acre of land than cotton. And when you throw hemp away, it biodegrades in months.

Hemp clothes have become newsworthy, yet the focus is almost always on shirts and pants. But what about hemp underwear? Those exist too and I decided to try them out for myself.

My goal was to wear hemp underwear every single day, washing them every night. I was hoping to get a sense of not only how they work when you wear them, but also what they’re like after multiple washings, because we’ve all bought frilly underwear that seems to fall apart after being washed twice.

Since I’m a bigger woman, I was also curious if they would help with the dreaded chub rub, because I had read that hemp fabric is supposed to wick away moisture, which should help in this never-ending fight. Thankfully, I have the perfect condition for this experiment: I live in New Zealand where we’re having a nasty hot summer. Additionally, New Zealanders almost never install aircon (their word for air conditioning) in their buildings and houses, so most places in the summer are anywhere from uncomfortable to unbearable.

I decided to try a pair of underwear from WAMA, a sustainable fashion startup that began on Kickstarter. My first impression was that the fabric seemed a bit stiff in comparison with cotton, and I was immediately worried about itching. Also, this pair had a really thick elastic band. Lastly, I thought they smelled different from cotton, though my partner said he didn’t notice anything.

When I put them on the first morning, they felt a little tight. Again, I worried about having chub rub. I was wearing a dress that day, so I threw a pair of short-shorts into my bag, just in case.

But after that, while getting ready to leave that morning, I was struck by how dry I was. That changed once I went out and everything heated up. I walked around outside several times in the day. Every time I went outside, a slight build-up of sweat would pool between my thighs, but once I went inside, it always evaporated much faster than it would with cotton underwear. How nifty, I thought. It did have it limits: by the third time, I was getting a little chaffing in-between my legs.

Fairly early on in the day the elastic strap started rolling down my torso. In public, this is a problem, because adjusting yourself can look inappropriate. I went into the bathroom a couple of times to fix it, but it kept doing it, so I gave up and just walked around with them rolled down. Thankfully, it only did the actual rolling down when I was sitting down, not standing up.

I work in an un-airconditioned office where I profusely sweat just sitting at a computer. That day, the heat was unforgiving, but the undies were comfy enough that I didn’t even think about them, except for the strap, which still wouldn’t stay up.

After a couple of washings, the material did seem stretcher. They didn’t seem softer to the touch but they did feel softer when I wore them. In fact, they felt really nice that day. I felt like I was wearing a much more luxurious fabric.

I spent part of the day doing a massive clean-up around my un-airconditioned house. My face and torso got overheated while vacuuming. I started taking off my clothes, but my thighs were much cooler and less wet than the rest of my body.

The underwear did roll-down a little at about 3:30 pm in the afternoon, but it wasn’t as bad as the first few days.

After a handful of washings, they were starting to lose a little of their black color. They didn’t seem any softer that day.

It was humid all day. When my partner decided to cook dinner, the heat got even worse, but my thighs were fine and I got through a whole day without any roll down. Nice!

It was a sticky, miserable day. I had a meeting with people I had never met before, and it was so hot that I looked wet and gross almost immediately after stepping outside. That said, my legs were totally fine, without any roll-down.

Another miserable day, with the humidity at 94 percent. First, I spent about two hours outside. Later in the day, I went out with my friends to a restaurant on the second floor of a building. It was a little stuffy up there, but again, I didn’t think or worry about my underwear. Plus, I got through another day without the band rolling down. I joked to my partner that I was “on a roll.” He then rolled his eyes at me.

This was my longest day. I spent the first few hours outside, then I sat around the office for about six hours, then I rushed off to a couple of meetings, then I had a date with my partner. I was go, go, go for about thirteen hours straight, and the undies held up beautifully. I didn’t get hot or wet once. There was only one minor incident of elastic roll-down.

I definitely noticed a difference in terms of how much moisture the underwear was wicking away. My thighs were much more comfortable than the rest of me. I don’t think that these will absolutely save you from a chub rub problem, but they helped. I wore dresses almost the entire week, and even though I didn’t use any other ways to prevent chub rub (like powder or the short-shorts I initially packed), I never had any sores, just mild chaffing on the first day.

If you try these out, I suggest going large. When my partner measured me, I was on the fence between two sizes. Even though I went with the larger size, they still felt a little tight, especially on the first day. I also wish there were more options. Right now, the only other thing WAMA offers is boxer briefs. Hipsters and boxer briefs are fine, but I personally prefer boy shorts.

That said, part of being environmentally-conscious means using things until you can’t anymore, so I wouldn’t advise you to throw all your undies out just for this brand. However, if you’re in the market for new underwear, these are definitely a solid option.

More like this
The 20 Most Comfortable Pairs Of Underwear For Women
By Kristin Collins Jackson
The Best Seamless Underwear To Banish Panty Lines Under Tight Clothes
By BDG Commerce
Reviewers Can't Believe How Comfortable These Cheap Bras & Underwear On Amazon Are
By Andrea Gale Boerem and Alexa Vazquez
Bella Hadid's Best Runway Looks Of All Time From Paris, Milan, & More
By Allie Fasanella
Get Even More From Bustle — Sign Up For The Newsletter