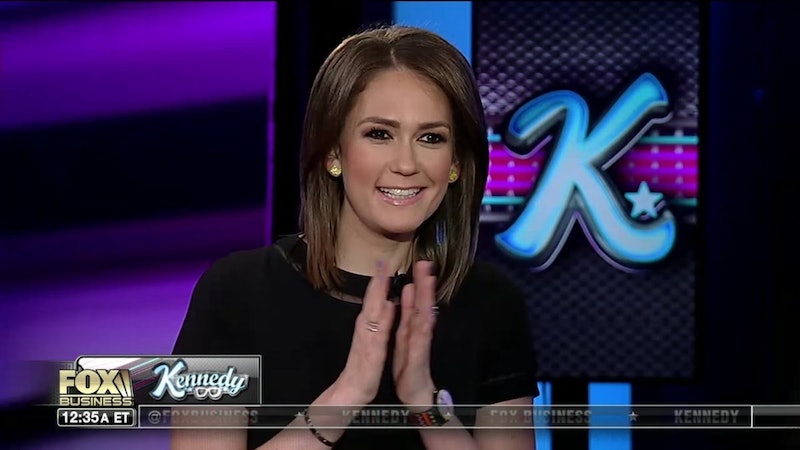 I like to dress up. Always have, always will.

I hear far too many “feminist” arguments against wearing a dress, heels, and fake eyelashes while I argue economic policy. Women (and men) love to tell me how my outfit “detracts from my message” or how I’m “being used for my looks, not my mind.”

My response is always the same: I feel more fierce when I look fierce — and when I feel more fierce, I get better results. My arguments are clearer. My energy is higher. My political values are shinier. Frankly, I make more of a difference. Having the chance to make that difference is why relish the opportunity to be a liberal commentator on Fox News.

When Anderson Cooper wears a tux, do people take him less seriously? Mark Zuckerberg runs a multi-billion dollar business with a hoodie as his "look," for God's sake. Nobody ever judges men on how they dress, so why on earth should anyone take me less seriously?

My Looks *Have Always* Been Deceiving

At every moment where I accomplished something awesome — there were naysayers, disbelievers, and downright nasty critics who underestimated me. Yes, I don’t appear to take myself too seriously. Yes, I am ferocious and I will defend my values and ideas. Yes, I paint my nails in funky colors. And you know what? My quirky style has become my brand, even if I wasn’t always so bulletproof.

At my college graduation ceremony, I overheard two girls gossiping about me just before I walked across the stage to grab my diploma. I will never forget what they said:

Look at the thesis awards on page three. Jessie Tarlov won an award for her thesis?

No way. She’s not smart.

It’s right there. She won. I guess she must be like Elle Woods?

It stung at first. Did I really have a reputation for being dim? Rough!

But it only took about ten seconds before I started to smile. Not only was Legally Blonde a great flick and Elle Woods one of the most likeable ladies in cinematic history, but there was a compliment hidden in their obvious derision. I was the kind of smart they never saw coming. (But I will never pull off a sequin bikini like Elle does.)

Since then, I have followed in Elle Woods’ high-heeled footsteps by building an academic and professional career.

Why I Dish Out Ideas With A Dose Of Eyeliner

I appear on Fox pretty much every day. I spend about an hour prepping for my segment, reading up on the latest news and checking the latest on Twitter (where else can I track this president’s activities?). I then spend another hour prepping with my wonderful hair and makeup colleagues, artists taken from the pages of Vogue, Beyonce’s music videos, and all your favorite TV shows. Then I slap on a colorful Swatch watch, earrings made of plastic that would probably melt in the rain (RIP Claire’s), and I’m good to go.

"I would be lying if I didn’t admit that parts of the job hurt."

Alex Jones — of real #FakeNews fame - referred to me as the “8-foot arrogant Brunhilda” just for telling the truth: he’s a liar. I was also featured on far less famous, and almost as irritating, right winger Mark Dice’s “Liberal Lunatics” segment for calling him out. There were extra-special graphics in that one since I was dueling on air with the object of his affection, Tomi Lahren.

I would be lying if I didn’t admit that parts of the job hurt. I remember very early on – when mean comments actually mattered – a “proud mother of four veterans” tweeted that I was too fat to wear a sleeveless dress and I should consider eating a salad every once in a while. It really bothered me; she hit a nerve and confirmed a neurotic suspicion I had about my body. Since then, I rarely wear sleeveless dresses.

Appearing before millions of anonymous viewers already makes me feel pretty vulnerable; but I also know that saying things people don’t want to hear makes me an especially attractive target. The (dangerous) effects of confirmation bias are well documented. We’re all guilty of going to our “safety” websites and watching programming that jives well with our point of view.

I still get loads of mean tweets but now I laugh them off. If they care more about what I look like than what I’m saying — that’s on them. There’s nothing so sweet as getting to say “I got my PhD at the London School of Economics” while flipping my hair and sipping a Diet Coke.

More like this
24 History-Making Black Women You Probably Didn't Learn About In School
By Ayana Lage and JR Thorpe
25 Inspiring Quotes From Black Women To Celebrate Black History Month
By Kyli Rodriguez-Cayro and JR Thorpe
Twitter Is Identifying With Sally Field & Jane Fonda’s Friendship In New Viral Video
By Jake Viswanath
Instagram & Facebook May Finally Lift Their Notorious Nudity Ban
By Allie Fasanella
Get Even More From Bustle — Sign Up For The Newsletter
From hair trends to relationship advice, our daily newsletter has everything you need to sound like a person who’s on TikTok, even if you aren’t.