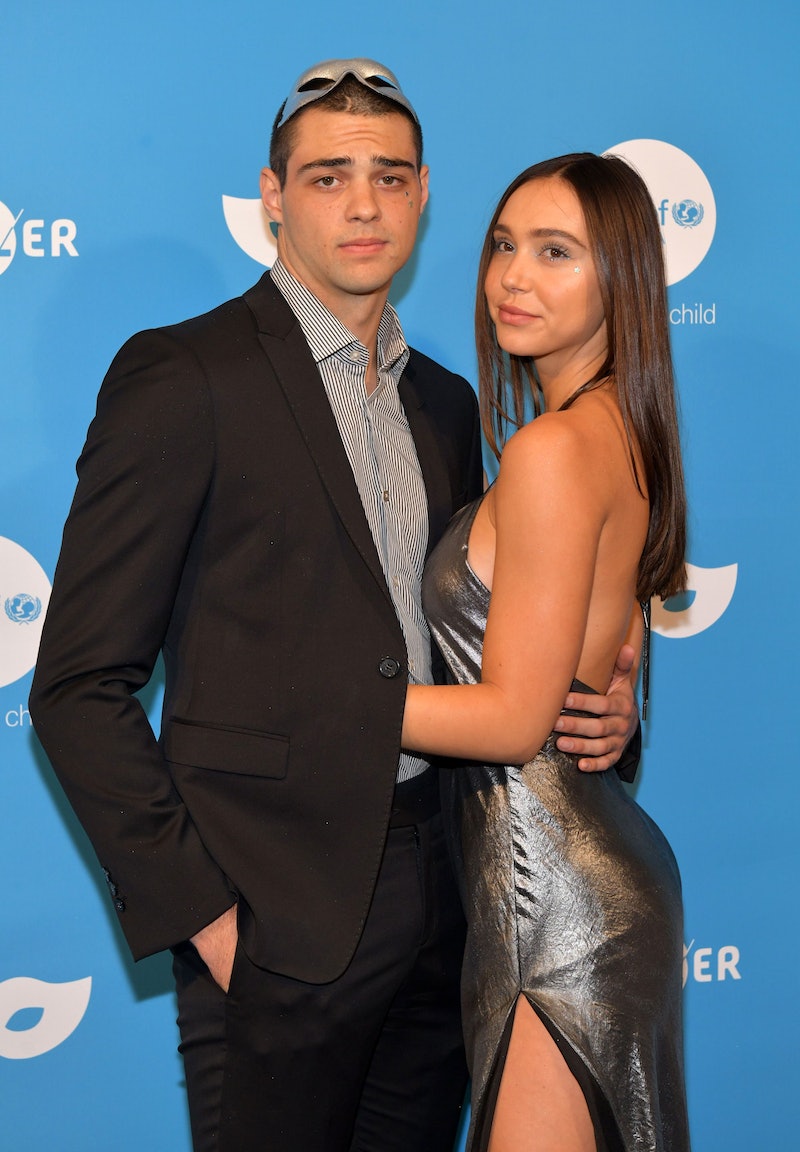 The hottest celebrity relationship of the moment is something that is always changing. From the classic days of Brangelina and Bennifer to more recent flings like the one between Ariana Grande and Pete Davidson, it seems there's always a new famous couple dominating the headlines. One of the latest is between a Netflix star and a model, and the relationship timeline of Noah Centineo and Alexis Ren pretty much follows the blueprint of your average young celebrity couple in 2020.

Though the exact date the pair met is unknown, they have been dating since before May of 2019. That's when Centineo was spotted picking up Ren at the airport in Palm Beach, Florida, according to Us Weekly. "He was waiting for her at baggage claim. He kissed her on the head, [and] they were holding hands and hugging ... [it was] very clear that they were together," a witness told the magazine. However, in November 2019, Ren told Entertainment Tonight that she had been dating Centineo for "eight or nine" months at that point, which would put the start of their relationship in February or March of 2019. But how did they first meet?

The story of how Centineo and Ren first met actually isn't all that exciting. In fact, they met the same way that many non-celebrity couples first cross paths. "It was just through friends," Ren told ET. Centineo expounded on the pair's first meeting in a recent interview with Harper's Bazaar, revealing what it was that sparked an attraction between them. Apparently, while the pair were hiking with a group of mutual friends, Ren mentioned her love of an obscure musician named Shiloh Destiny — who also happened to be one of Centineo's favorites. After that, the actor decided that he should get to know Ren better.

Following their first meeting in what was likely early 2019, the pair began dating, but the public didn't have an inkling until the airport pickup in May. And it would still be several months before the pair made it official, by making their public debut on October 26 at the UNICEF Masquerade Ball, where they walked the red carpet together.

Their public showing was followed up by both Ren and Centineo speaking lovingly about each other while walking separate red carpets in November. Ren spilled the beans in her ET interview at the Revolve Awards on November 15, while Centineo talked up his girlfriend four days earlier at the premiere of his film Charlie's Angels, also in an ET interview. Finally, the duo became Instagram official — the only relationship metric that truly matters — on January 14, when Centineo shared the above photo.

With their relationship now closing in on a year, Centineo and Ren look like they've been having a blast together so far — and they show no signs of breaking up any time soon.