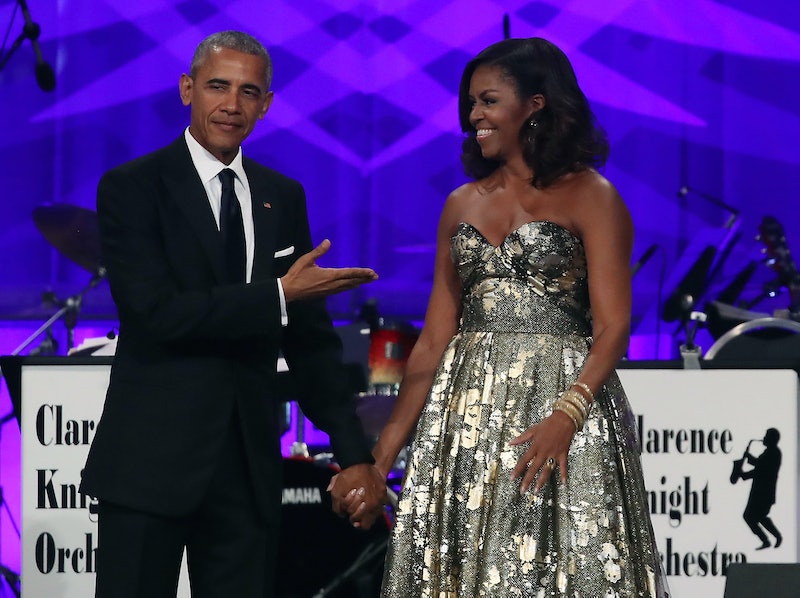 “Let me tell you, there are three things that are certain in life: death, taxes and Michelle is not running for president,” said President Obama last January at a town hall in Baton Rouge. “That I can tell you.” Anyone who's ever watched one of her speeches won't be surprised to hear that a lot of people want the current first lady to run for president in 2020, so her husband's assertion that it will never happen is undoubtedly disappointing for many. However, if we consider President Obama's reasoning and Michelle's relationship with politics, it looks like not running is the wise choice to make.

One of Michelle's most admired traits is her genuine personality, as evidenced in her ability to connect with the crowds she gives speeches to and the supporters she shakes hands with. It is this sincerity that her husband suggests turns her off of politics. "Michelle does not have the patience or the inclination to actually be a candidate herself," he said in October during an interview on Sway in the Morning. "That’s one thing y’all can take to the bank.”

He shared a similar sentiment with Rolling Stone: "Michelle will never run for office. She is as talented a person as I know. You can see the incredible resonance she has with the American people. But I joke that she's too sensible to want to be in politics," Obama said.

Her sense of personal disconnection from the political world is exactly what makes her the woman so many people admire. “Part of the reason that she’s such a powerful public figure is that she sits outside politics," Neil Sroka, a media director for the president's 2008 campaign, told The Guardian. "She lives outside the bubble of the presidency as much as you can in that position. As soon as she became a politician, she would lose a lot of that power. There are a lot of ways to become a moral leader of a country without running for office. From everything I’ve read, I think she sees that too.”

While it's not necessarily inevitable that the pressures of running for president would result in a change in the level of candidness with which Michelle could speak, she could hardly be blamed if that did end up being a consequence of campaigning. When her distaste for politics is combined with the fact that she's looking forward to spending more time with her daughters and continuing to work on behalf of children on her own terms, it does seem like it staying out of Washington is the best way Michelle can continue being the woman so millions have come to love.