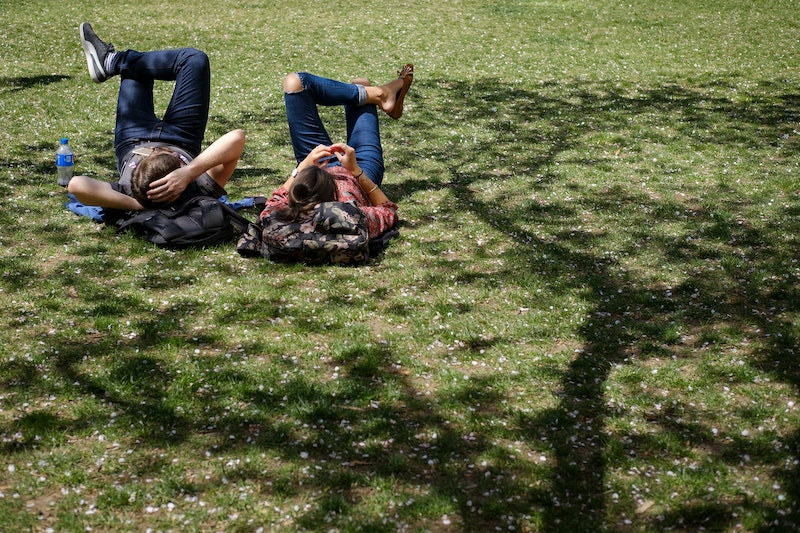 The weather doesn't discriminate — at least, that's what we've been led to believe. However, studies have now shown that there's at least one instance in which that simply isn't the case. Specifically, poorer neighborhoods are hotter than wealthier ones — a fact that will become more and more of a problem as the effects of climate change continue to pile up.

There's a definite connection between income level and heat across a given city, according to an analysis that The Washington Post carried out. While it specifically focused on Washington D.C., their findings apply in most other urban areas as well — for example, it was already found to be true in Phoenix, Arizona, among other places. Wealthy neighborhoods are simply able to deal with, and even mitigate, heat waves better than poor ones.

The differences in actual air temperature across a given city can be huge, according to a report from the DC Policy Center. In wealthier neighborhoods, things like parks and trees act to diffuse the heat in the air and effectively keep the whole area cooler. In poorer neighborhoods, though, there aren't as many parks or big, leafy trees to protect residents and shade the asphalt. Elements of the city like asphalt and concrete then trap the heat and radiate it out, making the whole neighborhood hotter than its surrounding areas.

Cities are often hotter than surrounding rural areas as it is, as things like asphalt and other non-reflective surfaces create so-called "heat islands" that can make the temperatures within those areas up to 20 degrees hotter than nearby, non-urban areas. The Post reported that this was the case in D.C., one of the country's worst heat islands — and the effects of this then fall the hardest on the lower income neighborhoods.

The residents of poorer neighborhoods, The Post noted, are also less likely to be able to afford adequate air conditioning, and they're more likely to have illnesses that heat exacerbates. And when part of the reason for the hotter air is black asphalt trapping the heat, it also means that nights won't offer much of a respite. The sun may go down, but the asphalt keeps on radiating that trapped heat.

Human influence on the climate is now causing more extreme heat waves across the world, as the World Economic Forum wrote. When heat waves hit big cities, then, the effects will be even more pronounced — and thus more dangerous — in the poorer neighborhoods. Besides combating climate change, there are ways to help fix this problem on a much smaller scale, city by city.

Planting trees is one option, although The Post reported that getting trees into lower income neighborhoods can pose an issue. The residents of those neighborhoods, The Post wrote, see fewer benefits and more drawback from having a significant canopy in the area, so they often push back against city officials trying to plant them. Painting rooftops or entire streets white can also have a marked effect in bringing down city temperatures, as LA has found in its experimenting with painting its streets white. However, Business Insider wrote that this is costing the city $40,000 per mile — so there will have to be sufficient motivation on the part of the city before it happens.

This is yet another unheralded effect of climate change and another case where warming temperatures and income inequality are definitely colliding. Perhaps discussing it more, though, will result in improvements to come.