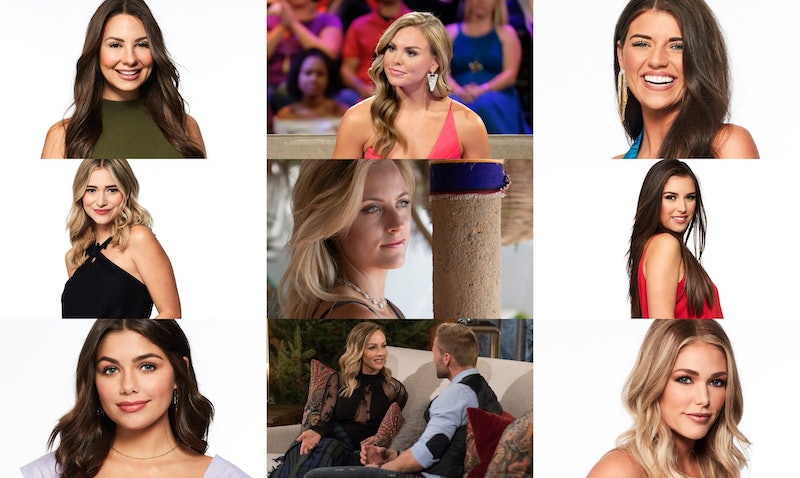 Potential spoilers ahead for The Bachelor Season 24 and The Bachelorette Season 16. With just days to go until ABC's official announcement, Reality Steve reported on Saturday, Feb. 29 that Clare Crawley will be the next Bachelorette. Reminding followers that the network will reveal The Bachelorette's new lead during Good Morning America's March 2 broadcast, the reality TV blogger laid out the case he'd made two days earlier for why producers could've chosen the Bachelor Nation vet. (Clare was the runner-up on Juan Pablo's 2014 Bachelor season and went on to appear in two installments of Bachelor in Paradise, as well The Bachelor Winter Games in 2018.)

Reality Steve (real name: Steve Carbone) opined that Clare would be a "random" pick, but, given that she's "not on anyone's radar really," it would infuse the announcement with a level of shock value. Plus, he tweeted, the 38-year-old hairstylist would provide the reality dating series with an "older" subject who's in a position to be a female combination of Arie Luyendyk Jr. and Nick Viall. As he explained via Twitter on Feb. 27: "Arie came out of nowhere. He hadn't even been on Bachelor programming for 5 years. It's only been 2 for Clare since Winter Games. And Clare has had chances, just like Nick did multiple times, that for whatever reason didn’t work. Would it still surprise me? Absolutely."

Once Reality Steve had confirmed the Clare news via his sources, however, he said he knew that fans who'd had other women in mind for the job would come up with reasons why he must be wrong — but he stands by his reporting regardless. "Guess you'll have to wait 2 days, but it's her and you'll see Monday morning on GMA," he tweeted, also noting the men who have been cast so far seem to be mostly in their late 20s and early 30s.

Given that Pilot Pete still has three women — Madison, Victoria F., and Hannah Ann — left on his Bachelor season, the announcement's timing had already led many fans to quickly deduce the new face of the franchise wouldn't be one of his finalists. Even so, Peter recently told E! News that he believes there are "a lot of very deserving women" from his season, including his Bachelorette picks: Mykenna Dorn and Kelsey Weier, who'd be a good fit for the role.

Kelsey, who made it to Peter's final four, had, indeed, been interviewed by producers, according to Reality Steve. The Iowa native told People at the "Women Tell All" taping, however, that becoming the next Bachelorette "was never my intent or goal" before appearing on the show. Many had also predicted that Hannah Brown could return to The Bachelorette for another shot at love, but others have pointed out that her commitments to the Dancing With the Stars Live Tour in March would conflict with filming. Meanwhile, former contestants Tia Booth and Tayshia Adams were also being considered to be the next Bachelorette, according to Cosmopolitan.

Whether or not Clare is the new Bachelorette, Peter does have some advice for whomever his successor may be. As he relayed it to E!: "You have no idea how important [tough skin] is. And be able to tune out a lot and be able to really just focus and be in touch with what your heart's telling you and what it wants. . . . There's going to be opinions galore."