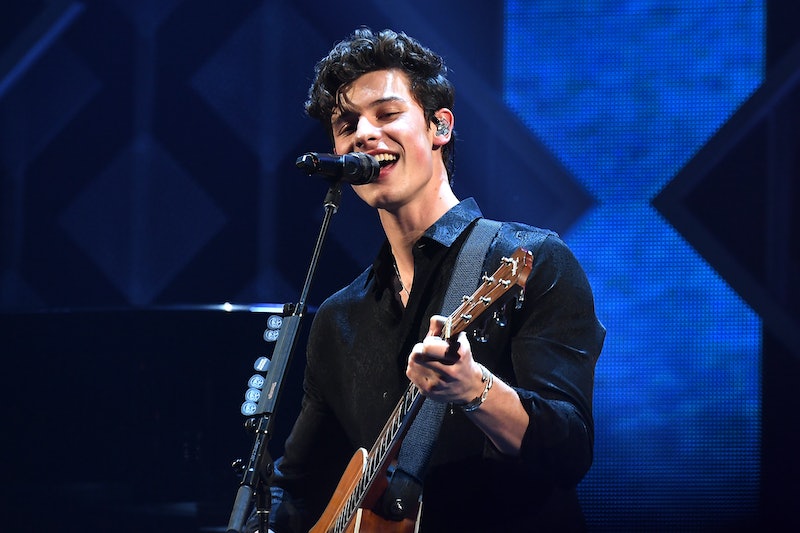 Shawn Mendes continues to prove why he's stolen the Internet's collective heart. Earlier this year, the "In My Blood" singer played a show at Manchester Arena in England — and while there, Mendes met a Manchester bombing survivor who happened to be a huge fan.

Amelia Thompson was at the Ariana Grande Manchester U.K. concert in 2017 which was bombed, resulting in 22 deaths, according to BBC. On April 7, Mendes played a show at the same venue, and Thompson, who was only 11 when she attended the Grande concert was in attendance. The experience was understandingly traumatic, and it made her skeptical to return to the Manchester Arena. But she overcame her fears, and her entire journey was detailed in a new ITV News story, published on Thursday, May 23.

"Every single day is a struggle," Thompson admitted in an interview with ITV. "There isn't a day that I don't think about the people who died. It is going to be hard going back. But I'm willing to try it and I just want to show the people that you can get through it."

Thompson decided to return to the Arena in order to see her favorite artist, none other than Mendes, in action. Her mom said she wasn't ready to go to the Manchester Arena yet. So, a police officer friend of Thompson's named Aaron Palmer, whom she met through charity events in the aftermath of the attacks, offered support and a chance meeting with the pop star.

It was revealed on camera that Thompson would be meeting Mendes, who she deemed "inspiring" before that evening's concert. The meet-and-greet proved to be undeniably moving and a special moment for a fan who has been through the unimaginable. (Video footage of the encounter will also likely make you reach for the tissues yourself.)

Thompson opened up about the experience shortly after and reflected on her new feelings about the Manchester Arena. "It was really overwhelming and it felt so surreal but I really enjoyed it," Thompson explained. "[He] was so nice to me and I'm a bit overwhelmed…I have new positive memories in there and they will definitely cancel out the negative ones."

Mendes is just one musician who has made an effort to bring joy back to the Manchester Arena. Shortly after the attack, Grande hosted One Love Manchester, a benefit concert and TV special in June to raise funds for the survivors and victims' families. Performers included Miley Cyrus, Justin Bieber, Coldplay, and the late Mac Miller, who all paid tribute to the resilience of Manchester.

May 22 marked the two-year anniversary of the attacks and in just a few months, Grande will be returning to the city again to headline the Manchester Pride Festival in late August. She announced the gig February on Twitter, writing, "manchester babes, i’m so thrilled to be headlining pride. my heart. i cant wait to see u and i love u so so much." Clearly, Grande is conquering her own PTSD battle in the wake of the attacks and inspiring others to do the same.