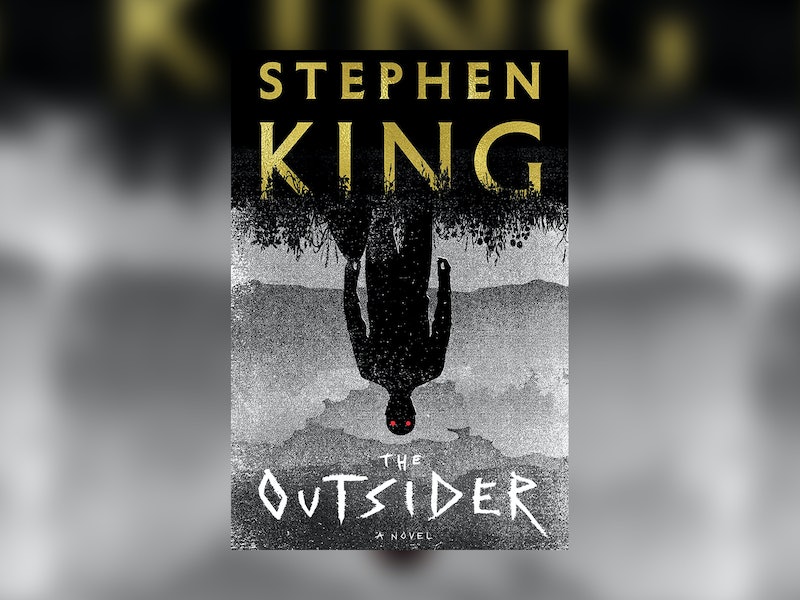 Good news, Constant Readers! Stephen King's The Outsider is coming to TV as a limited series, which means we now have four King works in development for the small screen! 2017 was a banner year for the Master of Horror, but 2018 and 2019 are shaping up to be just as excellent.

King's 58th novel, The Outsider is a murder mystery with a supernatural twist. When the body of an 11-year-old boy is found mutilated in Flint City, Okla., all evidence points to Terry Maitland as the culprit, but Maitland, a beloved teacher and Little League coach, insists he is innocent. Local police detective Ralph Anderson teams up with P.I. Holly Gibney — of Mr. Mercedes fame — to work the case, but the two men soon discover that there might be a real monster, ever so much scarier than they imagined, haunting Flint City.

Not much information has been released regarding The Outsider limited TV series yet, but here's what we know so far. The studio behind last year's long-awaited Dark Tower movie adaptation, Media Rights Capital has optioned The Outsider with the intention of turning it into a 10-episode limited series. Deadline reports that Richard Price (The Night Of) will write the adaptation, with Jack Bender and Marty Bowen (Mr. Mercedes) set to executive produce. Bender, who directed Under the Dome, is attached to direct the pilot for The Outsider limited series adaptation.

The Outsider isn't the only King work to have a small-screen adaptation in development. Castle Rock, the J.J. Abrams-produced series based on King's recurrent story setting, premiers July 25 on Hulu. The Stand is in development as a TV series at CBS, and The Dark Tower TV reboot is in Amazon's hands. There are also two Stephen King books hitting the big screen within the next year. A new Pet Sematary film hits theaters on Apr. 19, 2019, and It: Chapter 2 has finished casting the adult Losers, and is on track to premiere on Sep. 6, 2019.

King's 58th novel isn't even the only book he'll publish this year! Scribner will publish King's new novella, titled Elevation, this fall. Elevation focuses on Scott, a Castle Rock resident beset by a peculiar affliction: he's losing weight, but his appearance hasn't changed a bit. As he explores his mystery illness, Scott is also locked in a battle with his neighbors, a lesbian couple whose dog keeps using Scott's lawn as its toilet. You can pick up a copy of Elevation from your favorite bookseller on Oct. 30.