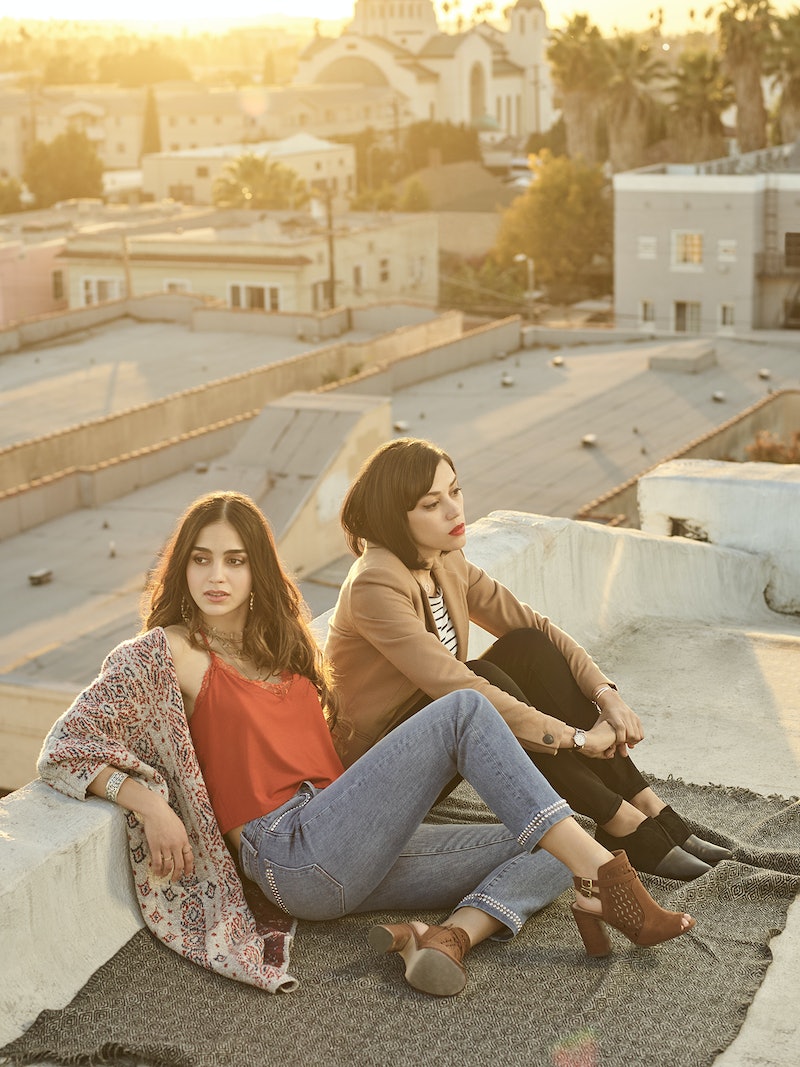 Vida is returning for Season 2 before you know it, which means now is the time to catch up on (or just re-watch) the award-winning series. Luckily, you can stream Vida Season 1 right here ahead of the May 23 premiere of the second season. Well, the first three episodes, anyway.

In Season 2 of the Starz drama, Lyn and Emma are teaming up and going into business together — fulfilling that "we should totally open a bar" fantasy you and your BFF have undoubtedly had at one point in time. But let's back up for the newcomers: Vida follows two estranged Mexican-American sisters from the Eastside of Los Angeles. They're polar opposites, but after their mother's death, they're forced to reunite and return to their old neighborhood, where they must face a surprising truth about their mom.

That truth, it turns out, is (spoiler!) that their mother was in a relationship with another woman. Including queer Latinx characters like her helped Vida win a GLAAD Award for Outstanding Comedy Series in 2019, and the series has been widely praised for its depiction of the Latinx community overall.

"You don't know what this recognition means to us," showrunner Tanya Saracho said in her GLAAD acceptance speech, shouting out her mostly female, queer, and all Latinx writer's room (TV's first, in fact), as well as the characters they have created on Vida. "It gives us hope that we will unapologetically be visible one day."

Season 1 consisted of six episodes and aired on Starz in 2018. The show will air on Sundays on Starz, though all 10 new episodes will be dropping on the Starz app on May 23. Additionally, according to Deadline, Season 1 will soon be available to watch on Pantaya, a Spanish-language streaming service from Lionsgate.

There are so many ways to watch this show, and here's one more! Hit that play button and enjoy.

Clarification: This post was updated on May 6 to further clarify that Vida season 2 premieres on the Starz app on May 23.