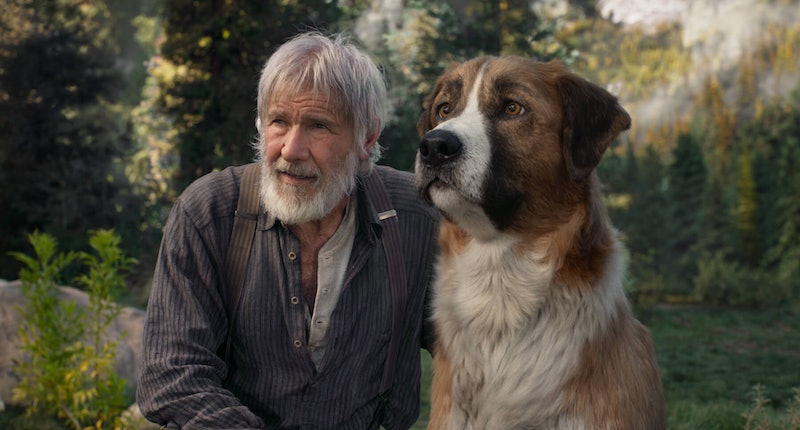 With the upcoming live-action adaptation of the classic novel The Call of the Wild, the world of cinema is once again giving us a new heroic pooch to tug at our heartstrings. The movie stars Harrison Ford alongside his CGI-rendered four-legged friend, Buck. The film is at least the fifth big screen adaptation of the story, and it's roughly the millionth movie (give or take) to feature a dog as a main character. But out of all them, which are the best movie dogs of all time?

In order to rank the goodest boys (and girls) of film, one has to first lay out some ground rules to keep the list from becoming too gargantuan. So for this list, we'll be looking at live-action dogs only. There are a lot of movies about cartoon pups out there — 101 Dalmatians, Oliver & Company, Lady & the Tramp, The Fox & the Hound, Bolt... and those are just the Disney ones. But animated dog movies tend to venture into fantasy territory a bit too heavily, making it a tad unfair to compare an animated creation with no limitations to a flesh and blood dog. So with that stipulation out of the way, here are the 12 best movie dogs, ranked.