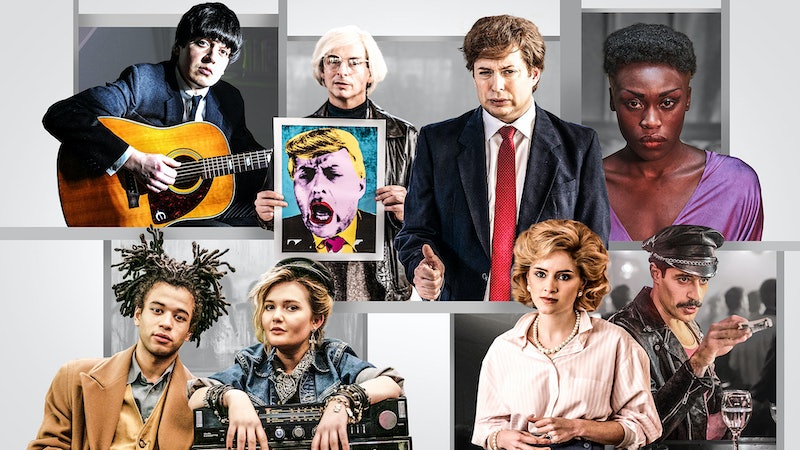 The Sky Arts comedy-anthology Urban Myths has returned for a third season. Each episode of the series tells a 'true-ish' story that is based around a real-life celebrity tale or, as the title suggests, an urban myth. The third season premiered on Sky back in early April, and fans of Urban Myths have been treated to a string of bizarre storylines including the likes of Adolf Hitler’s attempt at becoming an artist, Bob Dylan turning up at a stranger's front door, and many more. But given the wide variety of brilliant episodes available, figuring out the best Urban Myths episodes to watch can be quite tricky. So, to give you a nudge in the right direction, I've compiled a list of some of the most spectacularly strange episodes from each series. You can thank me later.

According to the Radio Times, the third outing of the Sky Arts series boasts an impressive all-star cast, and will touch upon subjects including the long friendship between rocker Mick Jagger and Princess Margaret, as well as Donald Trump's cheerleading auditions, and Joan Collins' legendary 1996 court case. Every episode of Urban Myths is currently available to stream on Sky and NOW TV, so if you're looking to get hooked on this fantastic comedy, or simply refresh your memory, here is a list of the cream of the crop.