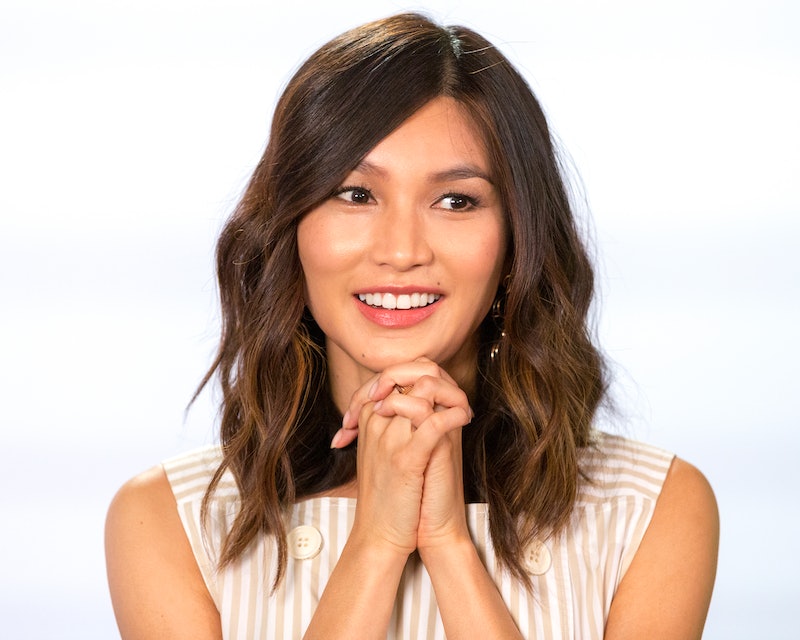 There was a time when Gemma Chan believed that certain roles were simply not an option for her. But that time is, thankfully, long gone. Now, the actor is playing Bess of Hardwick, a confidant of Queen Elizabeth I, in Josie Rourke’s Mary Queen of Scots, a film that the director says she deliberately cast color-blind. Chan, an Asian woman, is playing Bess, who was white. Adrian Lester, a black man, is playing Lord Randolph, who was also white, and so on. While it’s a quite commonplace practice in theater, this kind of casting is still rather novel in film, and in Chan’s expectations for her own career. Though her role is relatively small compared to that of the titular Mary (Saoirse Ronan) and Elizabeth (Margot Robbie), Chan says it was huge for her to even be offered the role of Bess, let alone actually play her.

“I was thrilled to be asked to do a period drama, which for, for the longest time I was — particularly at the beginning of my career — told that that was something that would just, you know, not be an option for me,” she says one November afternoon.

It’s been a year of expectation-busting roles for Chan, who also starred in the summer’s mega-hit Crazy Rich Asians shortly after telling British Vogue that she still remembers her father questioning the possibility of her being cast in anything at all. “My dad said, 'It doesn't matter how good you are. How many Asian faces have you seen on TV?'” she told the magazine over the summer.

Not only have Asian actors recently found more space on TV and in film, but now, the door into the realm of historical drama is open as well. For director Rourke, who practically swoons when I bring up Chan’s acting, Mary Queen of Scots was never going to have an all-white cast. It simply didn’t make sense to do so, in her eyes.

“It's a very straightforward thing for me to do because that's what I've always done in my work in theater and theater, actually, I think is much further ahead in terms of representation in storytelling than perhaps the screen is when it comes to period drama at the moment,” she says. “So when I first started talking to Working Title and Focus about making this movie, I sat down and I said to them — and they were very supportive, I must say — that I could not make a period drama with an all-white cast. That was not a thing that I was prepared to do. It wasn't what my work was about.”

Like Chan, Lord Randolph actor Lester had also never been considered for a role in a historical film, according to the director. “[It] is just crazy to think about, you know, the enormous amount of talent that we're missing out on,” says Rourke.

Casting people of color without regard to the race of the character is just the way Rourke operates as a theater director — a privilege that she chalks up to the malleability of the London theater community and the control that theater directors have over the representation and equality on their stages. But Mary Queen of Scots is one of few films that attempt to actually transfer that inclusive spirit from the stage to the screen.

...if John Wayne could play Genghis Khan, um, I guess it's OK that I played Bess of Hardwick.

“I think it's interesting that we seem to accept it a lot more these days on stage. When a black actor plays Henry V, we're very aware that we're not saying that Henry V was a black man, but we are looking to see that actor's interpretation of that great character,” notes Chan, adding that similar casting choices in Hamilton, the wildly successful Lin-Manuel Miranda musical about an American founding father, were largely accepted quite readily (by most). “I think that Hamilton has been described as America then told by America now, and I would say that a similar thing, probably, could apply to our film which is England then told by England now.”

Still, the internet is going to internet (and if you search into its nethers, as I have, the detractors have already come out of their hiding places to complain about the casting choices in Mary Queen of Scots). Chan kindly says she understands why it might be “challenging” for some people to understand Rourke’s choice to cast actors of various races in a story that largely involved white players, historically speaking, but to that complaint, she’s got a few salient counterpoints.

“People are very much focused on ‘What's the skin color? What's the level of melanin on display?’ Whereas now there are so many other things that you could point out. Like, you know, all of the actors have their teeth,” she quips. (Obviously, if the film were completely historically accurate, the dental hygiene would be light-years behind and our cast of characters wouldn’t have the pristinely manicured chompers of the professional actors who play them).

Chan also points out that the language used by the characters can’t be accurate to the time period either (the better for modern audiences to actually follow the story, of course) and that the costumes aren’t exactly accurate (costume designer Alexandra Byrne drew from numerous time periods and even employed denim in her designs). “It's very much a heightened version of this world,” says Chan.

And if all that isn’t enough for naysayers, the actor has one final mic drop in her argument — though in the case of Chan, I might refer to the act as pointedly, yet gently placing the mic in front of the opposition with deliberate elegance — that’s fairly hard to argue with. “I would point out the fact that for the longest time a white actors were allowed to play any race on film. You know, if John Wayne could play Genghis Khan, um, I guess it's OK that I played Bess of Hardwick.”

Luckily for Chan, the joke’s on anyone who opposes her triumphs. She’s having a huge year, with the overwhelming commercial success of Crazy Rich Asians, the impending sequel focused on her character, and the awards season conversations about Mary, that is set to continue into 2019 and beyond with her role in Captain Marvel. “I hope it continues,” she says, humbly, of her string of successful and empowering films.

And for now, I’m quite positive that lack of opportunity is something she won’t have to worry about anymore.

More like this
At 28, Rosie Perez Risked Her Career To Stop Playing Stereotypes
By Gabrielle Bondi
24 History-Making Black Women You Probably Didn't Learn About In School
By Ayana Lage and JR Thorpe
25 Inspiring Quotes From Black Women To Celebrate Black History Month
By Kyli Rodriguez-Cayro and JR Thorpe
Keyla Monterroso Mejia Is Finally The Star Of The Show
By Gabrielle Bondi
Get Even More From Bustle — Sign Up For The Newsletter
From hair trends to relationship advice, our daily newsletter has everything you need to sound like a person who’s on TikTok, even if you aren’t.