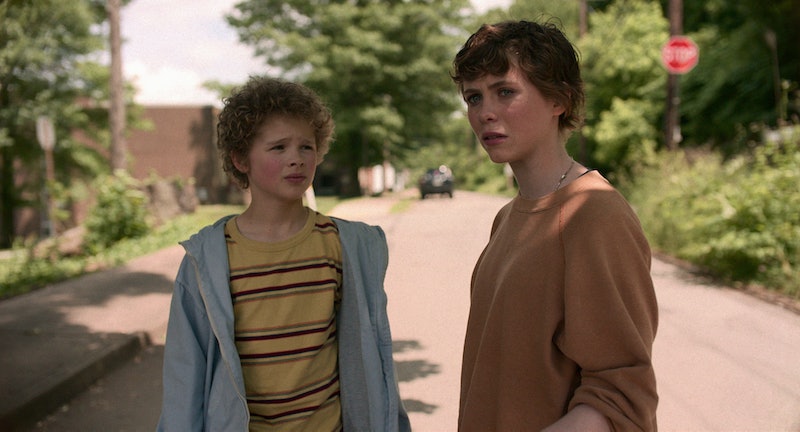 Over the past few years, Stranger Things and It have become massive hits on TV and in cinemas. Their combination of nostalgia, supernatural goings-on, and gifted child actors hit a sweet spot in pop culture. Now they're getting some competition because among the new shows and movies on Netflix this week is the original series I Am Not Okay With This, which combines elements of both It and Stranger Things to create something brand new.

The series stars It's Sophia Lillis as Sydney, a socially-awkward 17-year-old high schooler who begins to exhibit strange abilities. Namely, she possesses incredibly powerful telekinetic powers that she can't really control, and that often exhibit themselves when she's going through something emotionally. Lillis' It co-star Wyatt Oleff, who played Stanley in the clown horror movies, also co-stars here... again playing a kid named Stan. The team behind Stranger Things is producing this series, and for good measure the new series is directed by Jonathan Entwistle, who previously helmed fellow angsty teen dramedy The End of the F***ing World for Netflix. With this much talent coming together for the new series, I Am Not Okay With This seems certain to be Netflix's next big hit. But it won't be the site's only hit this week. Netflix is unloading a ton of new content over the next seven days, so take a look below to see the best of what's playing.