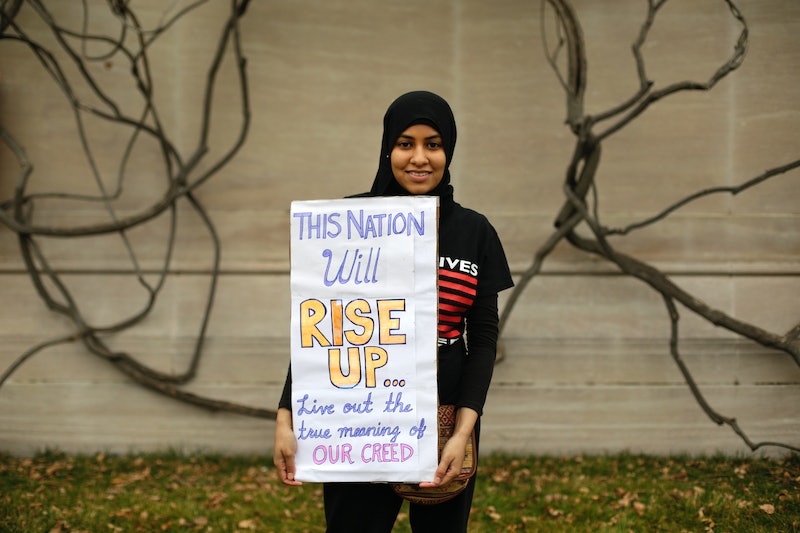 Activism is a bit like writing. People conceive of it as constantly glamorous, but in reality it's a long, hard, often invisible slog of small victories, deep failures, and sweating effort, with occasional huge highs to show for it. The Women's March, a movement that took in some 300 countries and numbered millions of participants Saturday, is one of those grand moments, a high watermark for feminism, political participation, and American democracy. Behind it, however, remains the machinery of activism in its other forms, the part that requires day-to-day anger and focus and campaigning and representation and door-knocking. That — if the women (and men) of America are going to hold President Trump to account, protest against abuses, and move against the rise of populist far-right rhetoric — is where the work lies. That's your real fight.

Movements often live and die not just by their protests but by what underpins them, the current of real emotional political response to an unacceptable circumstance. The context of anger and the methods in which it's deployed can create real and lasting change. Do you know what you want that change to look like? Do you know how to make change happen during a Trump administration? Here are some ideas, and your motivation to make it last.

We're in this until at least 2020 (we assume). This is the country you'll wake up to every day. Here's how to keep the fight going.