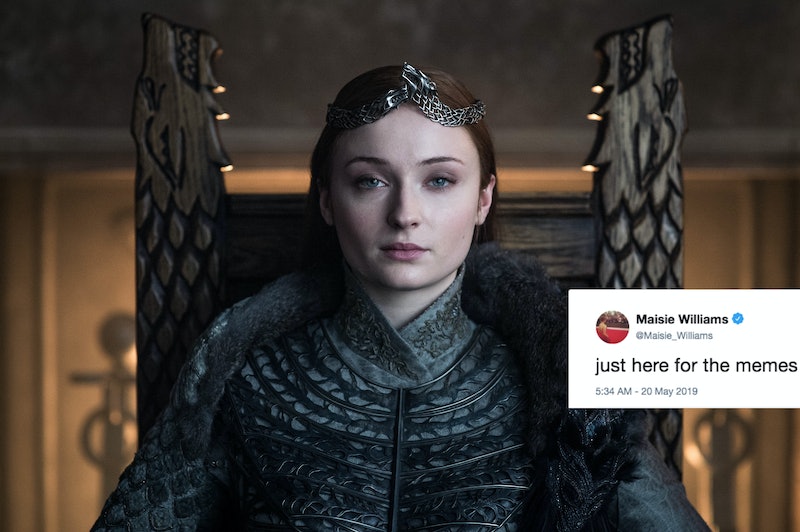 And just like that, Game of Thrones is over. The series finale of the HBO fantasy show aired Sunday, May 19, and fans everywhere watched with baited breath to see who would be seated on the Iron Throne. Spoiler alert — nobody did. And regular old fans weren't the only ones tweeting up a storm about the final twists and turns, expressing every emotion from shock to outrage. If you're wondering whether or not the series finale was divisive, just look at these Game of Thrones finale celebrity tweets for proof.

The series finale of Game of Thrones was never going to please everyone, and that includes celebrities — stars, they're just like us! They had their own predictions, like Kelly Clarkson, who hoped Sansa would end up on the Iron Throne. And Leslie Jones has been commenting up a storm, which is much appreciated. Basically, this all goes to say that Game of Thrones is truly a show the world can watch together. Through the very best of times and the more recent worst of times, celebs and non-celebs have come together to communally watch the show through Twitter, posting memes and making fun of different elements of the episodes. So for the last time, here are what some celebs are saying about the Game of Thrones finale.