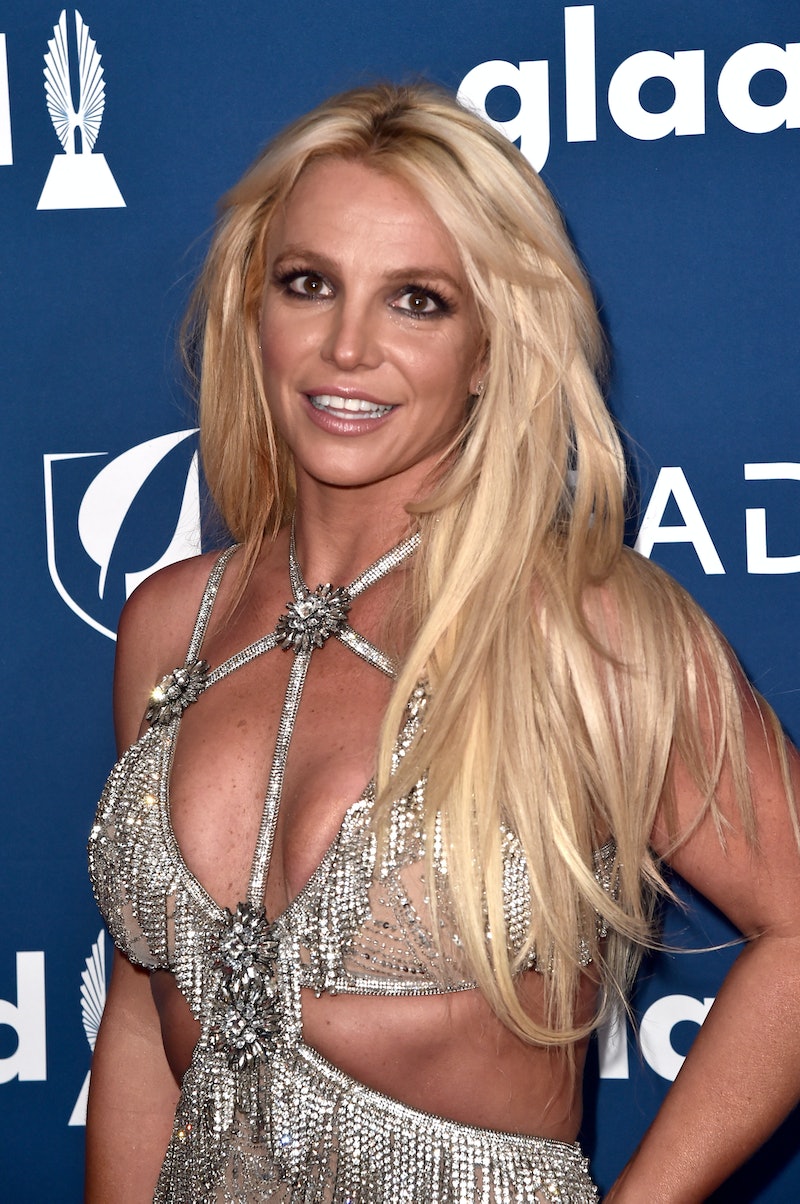 Britney Spears is not letting rumors go unchecked. The singer has unfortunately been dealing with many of them lately, but one in particular rubbed her the wrong way so much, she had to speak out. Some fans and followers of Spears’ iconic Instagram page were speculating that she wasn’t the one in control of her own Instagram account and that her team was making it appear as if it were the artist herself, and that didn’t fly well with her. Britney Spears is in charge of her own Instagram, and she made it very clear on Tuesday, May 29, with a fiery new post on the social network.

Rather than let the caption do all the talking, Spears decided to address her followers directly in a new video. "For those of you who don't think I post my own videos, I did this video yesterday so, you're wrong,” she said in a brilliant snarky tone. “But I hope you like it.”

In the next slide of the same post, Spears shared yet another of her trademark fashion videos. The singer filmed herself in three different looks — a hot pink cocktail dress, a shoulder-less white mini dress, and a flow-y baby blue summer dress. The video shows off her styles as she danced, posed, and strutted on her balcony to the sounds of Rihanna’s “Man Down." Her Instagram runway videos, always featuring random looks and set to an assortment of great music, are genuinely iconic amongst her fans and more important than most haute couture shows today (or they should be, at least).

Between her father’s illness, the subsequent postponement of her Las Vegas residency Domination, and her recently having to get an extension on her restraining order against her ex-manager Sam Lufti, Spears has been through a lot lately. Back in April 2019, it was confirmed that Spears was seeking treatment for her mental health at a wellness center, and most fans rallied around her in support. Unfortunately, rumors also began spreading that she wasn't fully in charge of her decision to seek treatment, sparking the #FreeBritney movement. Her sister Jamie Lynn Spears refuted these claims in April, and now Spears herself is pushing back on rumors about her autonomy.

Thankfully, it seems the legendary entertainer is doing better as of late, and the evidence is all over her Instagram. Just hours after she dispelled the rumors about her account, she posted two more photos of herself, really hammering home the point that she's living her best life. One of them shows her minding her business as she lounges in the pool on a peacock float that we need to cop immediately.

Her other post gives fans a better look at her white sundress look, with the caption “l’été” (summer in French). As shown by her amazing Glory deep cuts “Coupure Electrique” and “Change Your Mind (No Seas Cortes)," the singer is practically an expert at foreign languages. Teach us the language of love, queen.

And in case you were worried about her physical health, don't sweat: she's been working on her fitness, as Lizzo would say. Spears posted another video on Wednesday, May 29, showing off her best yoga poses and workouts. Even when she's not working on stage, she works more than most of us. Now get to work, b*tch.

More like this
Ed Sheeran’s Surprise Gig Included An Iconic Britney Spears Tribute
By Bustle Editors and Darshita Goyal
How Ghosts Inspired Kesha’s New Music
By Jake Viswanath
Beyoncé’s Special Tribute To Sister Solange Was Both Touching & Hilarious
By Stephanie Topacio Long
Everything To Know About Taylor Swift’s 10th Studio Album, 'Midnights'
By Grace Wehniainen and Jake Viswanath
Get Even More From Bustle — Sign Up For The Newsletter