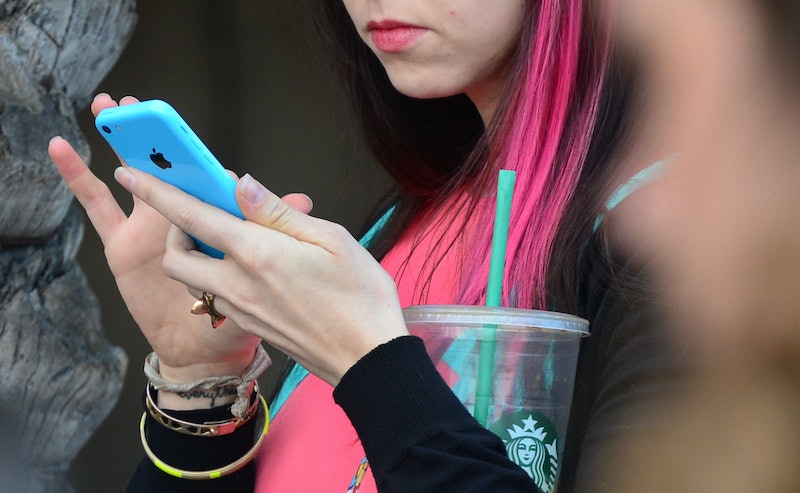 More than 210,000 people have said they'll gather in Washington the day after Donald Trump is sworn into office to send the new president a bold message about defending women's rights. What began roughly two months ago as an idea tossed out for discussion on social media now stands to be the largest demonstration planned around Trump's inauguration weekend. But while the messages of equality and inclusivity promoted by the Women's March on Washington seem like reasonable policies everybody can rally behind, one Twitter hashtag has proven women still have their work cut out for them. For anyone still wondering why women are marching for equality in 2017, the Twitter hashtag #RenameMillionWomenMarch is evidence sexism still abounds. But Women's March on Washington supporters are using the hashtag as a rallying cry for why the march is so important.

Recently, organizers and participants have been using the hashtag #WhyIMarch to share what's driving them to join a Women's March on Washington event to declare that women's right are human rights. But if you're still unsure if marching for women's rights is necessary, peep a few tweets published under #RenameMillionWomenMarch, a Twitter hashtag created Thursday by conservative radio show host Doc Thompson.

While Thompson didn't call for his followers to use the hashtag to demean, insult, or vilify the Women's March on Washington, tweets published under it quickly began to take on a derisive tone. "March for Penis Envy," one Twitter user suggested. "The Million Daddy Issue March," another threw out. "A million reasons for abortion," another user tweeted. "The Where's My Million Sandwiches March," another wrote, in an apparent reference to the catchphrase "make me a sandwich," which is often employed in an attempt to mock women as belonging solely in the kitchen.

The idea to create the Women's March on Washington was largely fueled by the hateful and sexist rhetoric of the 2016 presidential election. So, it's not altogether surprising that a similar rhetoric has followed the event as it evolved from a rough idea to a full-fledged global movement. (More than 600 sister marches are reportedly planned for Jan. 21 in countries across the globe.)

Here's how some Women's March on Washington supporters are responding to the hashtag #RenameMillionWomenMarch:

This Is Why We March

Let the misogynistic undertones of the #RenameMillionWomenMarch inspire you to march on Jan. 21.

For Anyone Wondering Why This March Is Important

It's the message behind the tweets that speaks loudest, wouldn't you say?

You Got A Problem With Empowered Women?

Call It What You Want

A women's march by any other name would be just as powerful.

Fixed Your Hashtag For You

Thanks For The Reminder

In reading many of the tweets published under the #RenameMillionWomenMarch hashtag, the need for a women's march becomes abundantly clear.