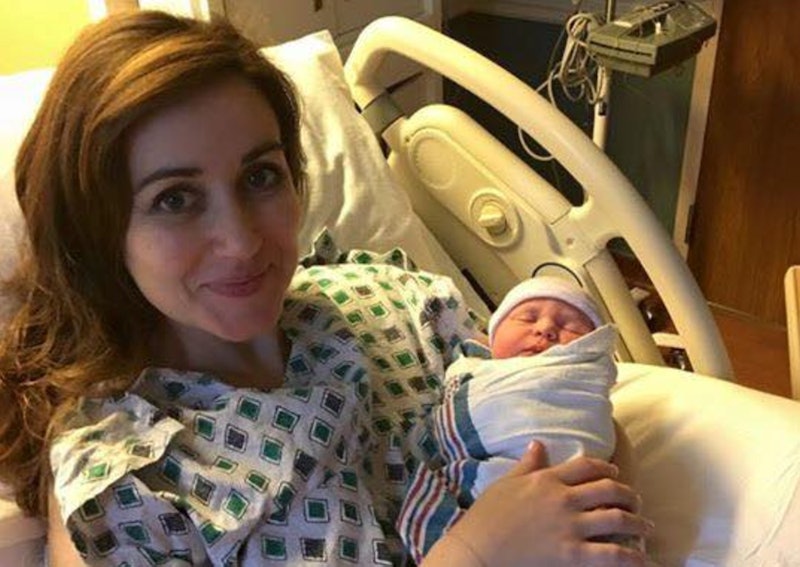 Here’s your dose of badassery for the day: A Kentucky doctor delivered a baby right before going into labor. That’s right, literally minutes before her own contractions started, this doctor was helping another mom bring her kid into the world. Talk about dedication to one’s patients!

On Sunday, OBGYN Amanda Hess was at Frankfort Regional Medical Center, preparing to have her labor induced to deliver her second child when she saw a need for help. According to a Facebook post by Dr. Hala Sabry, founder of the Physician Moms Group, Hess “overheard the nurses preparing for a woman in active labor who needed to deliver immediately because the baby was in distress — that baby was coming and needed help!” The patient’s physician was en route, but Hess knew that she couldn’t wait for help to arrive. “So, in her own words, she ‘put another gown on to cover my backside, put some splash boots on over my flip flops’ and delivered that baby!” Sabry wrote. According to NBC, Hess began having her own contractions only minutes after delivering the patient’s baby.

“I had actually taken a call the day before, so I thought really that I was working up to the last minute. But this was literally 'til the last second,” Hess told NBC affiliate WLEX-18.

The patient, Leah Halliday Johnson, told NBC that she didn’t realize that Hess was in labor as she delivered her baby. “She was definitely in doctor mode,” she said. “My husband noticed something was going on because she had on a hospital gown, but I didn't notice that because I was on the delivery table. I was in my own world there.”

Hess’s response to the incident seems to be along the lines of “all in a day’s work”… even if that day happens to be one when you are giving birth. “Delivering other peoples' babies is something I do every day,” she told NBC. “And I'm more comfortable with delivering someone else's baby than my own, for sure.”

That is a maternity leave well-earned.