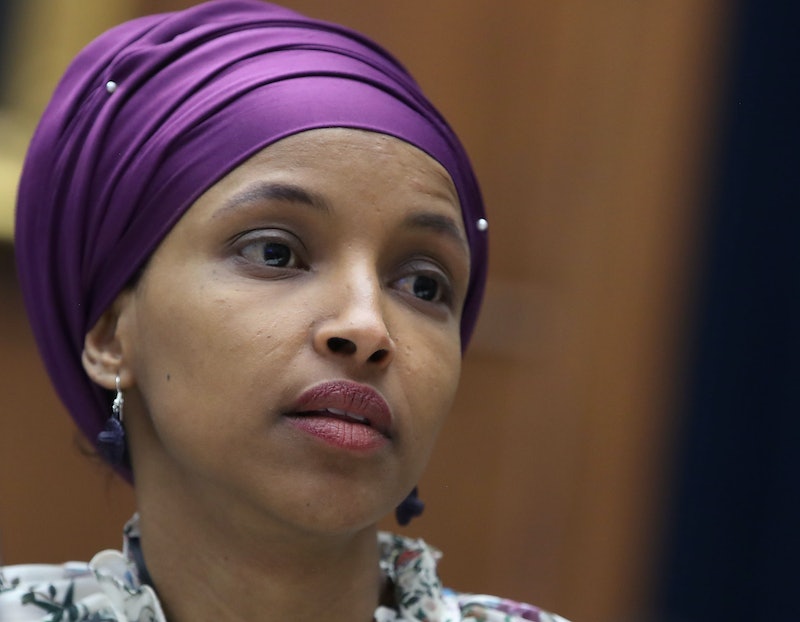 President Trump frequently insults his opponents, political and otherwise, on Twitter. In a recent instance, the recipient of the insult claimed that Trump's comments had a significant impact on her life — specifically in the form of a flood of death threats. Trump's 9/11 tweet about Rep. Ilhan Omar led to a rush of death threats against her, she said in a statement released on Sunday.

This started on Friday, when Trump posted a misleading video on Twitter, implying that Omar had minimized the importance of the September 11 attacks. The video overlaid a speech of Omar's from March with footage of the 9/11 attacks, taking her words out of context to cast her in a very unflattering light. Over the weekend, Omar defended her patriotism and love of America and thanked her supporters for backing her up.

"No one person – no matter how corrupt, inept, or vicious – can threaten my unwavering love for America," Omar tweeted on Saturday. "I stand undeterred to continue fighting for equal opportunity in our pursuit of happiness for all Americans."

Her statement posted on Sunday, then, took things even farther by detailing her claim that President Trump's tweet had directly led people to send her death threats that mentioned the video he posted.

"Since the President's tweet Friday evening, I have experienced an increase in direct threats on my life — many directly referencing or replying to the President's video," Omar wrote in a statement posted to Twitter. "I thank the Capitol Police, the FBI, the House Sergeant at Arms, and the Speaker of the House for their attention to these threats."

House majority leader Nancy Pelosi announced that she had requested a security assessment of Omar's situation, according to CNN, along with increased security coverage going forward.

"They will continue to monitor and address the threats she faces," Pelosi's statement said, per CNN.

"Certainly the president is wishing no ill will, and certainly not violence towards anyone," Sanders said on This Week. "But the president is absolutely and should be calling out the congresswoman for her not only one time but history of anti-Semitic comments."

The video in question, of course, didn't have anything to do with the comments of Omar's that some have perceived as anti-Semitic, and which Omar has repeatedly responded to with apologies and pledges to learn more. Trump has frequently used anti-Muslim rhetoric since the 2016 campaign, as The New York Times documented, even previously making false statements about how Muslim Americans acted on 9/11. While no researchers have established a direct causal relationship, hate crimes by right-wing extremists are on the rise globally, according to Time, and hateful rhetoric from powerful people like Trump appears to have a connection with it.

"Violent rhetoric and all forms of hate speech have no place in our society, much less from our country's Commander in Chief," Omar wrote to conclude her Sunday statement. "We are all Americans. This is endangering lives. It has to stop."