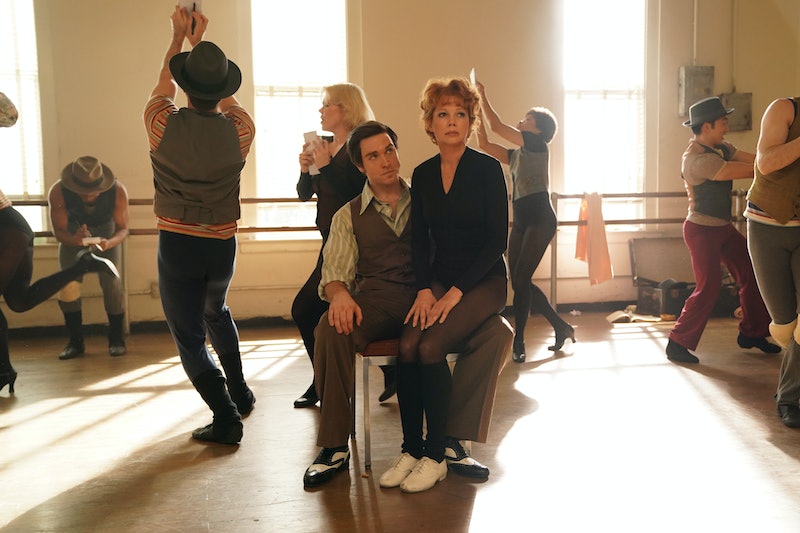 Fosse/Verdon has devoted two episodes to Chicago, the Kander and Ebb musical that became a defining moment for Bob Fosse and Gwen Verdon at the end of their creative collaboration. One of the members of the original cast, who you'll see and hear played by Broadway's Tyler Hanes, is yet another celebrity that Fosse/Verdon is bringing to life — Jerry Orbach, long time star of Law & Order. If "Nowadays" has you itching for some videos of Jerry Orbach's Broadway career, you've come to the right place.

Before Lennie Briscoe, Orbach was a Tony winner and quite the song and dance man who ran around in the same creative circles as Fosse and Verdon before scoring the male lead in Chicago. Disney fans will jump to tell you that he was the original voice of Lumiere in Beauty and the Beast, but did you know he sang this much?

Many of Orbach's Broadway credits were too early in the '50s and '60s for there to be a ton of clips on Youtube, unfortunately. Orbach made his debut playing many characters in Carnival! in 1961, joined a revival of The Threepenny Opera as a replacement, and played a significant role in a short-lived revival of Annie Get Your Gun. He can be spotted as an ensemble member in the 1955 movie adaptation of Guys in Dolls, and then 10 years later starred in a Broadway revival as Sky Masterson. He was also an extra in Marty, one of Paddy Chayefsky's films.

"All I Care About Is Love" from Chicago

Appropriate for this week's episode of Fosse/Verdon, here's Orbach himself as Billy Flynn in Chicago — performing at the 1976 Tony Awards.

Here is Orbach's other big number from Chicago, performed on TV.

"She Likes Basketball" from Promises, Promises

In 1968, Orbach starred in Promises, Promises — a musical based on romantic comedy The Apartment. Was he the original Troy Bolton? That's up to you to decide. Unfortunately, Orbach was not in the "Turkey Lurkey" song from that Tony Awards performance, which is maybe one of the most impressive non-Fosse dance numbers of all time.

Fun fact: Carole Bishop, also known as Emily Gilmore herself Kelly Bishop, was in Promises, Promises too. She and Orbach later starred together in Dirty Dancing as Baby's parents.

"Try To Remember" from The Fantasticks

Alright, this is a televised performance from a musical that was never on Broadway — however it's one of the most iconic musical theatre songs of all time, and Orbach originated it! He played El Gallo in The Fantasticks in 1960, when he was only 25 years old.

"Be Our Guest" from Beauty and the Beast

Fine! This isn't Broadway either. It's the 1992 Academy Awards. Still, for the non-theater nerds out there, this is Orbach's most memorable singing role. While you're down this rabbit hole, you might as well.

After these digressions, here's one more from the Great White Way:

"Lullaby Of Broadway" from 42nd Street

Come for the way Orbach sneers "Allentown," stay for another iconic song that he originated. This was Orbach's final show on Broadway, but boy did he go out with a bang.

Fosse/Verdon gives us just a taste of Orbach as a character, but in real life the triple threat was one of Broadway's brightest stars and always worth revisiting.