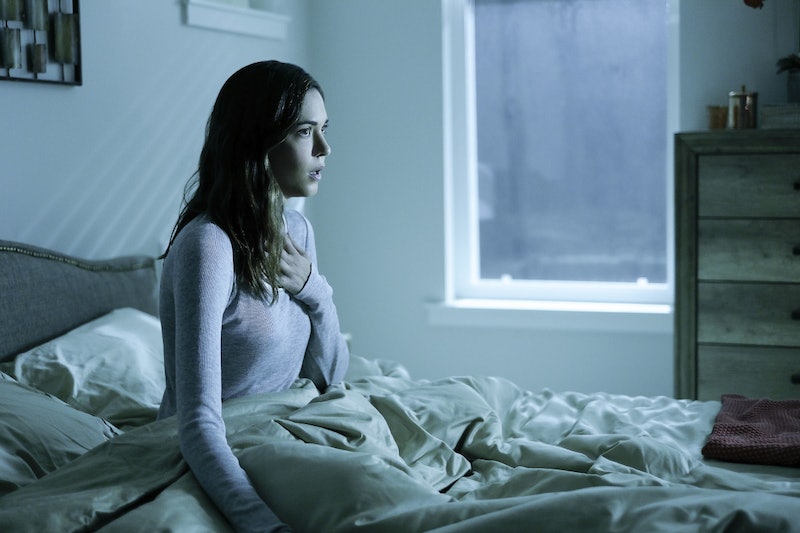 Watching the birth of Supergirl's newest antagonist, the Kryptonian Reign, has been totally different than every other arc the show has had for its many bad guys. Instead of a scheming supervillain, Reign is slowly transforming from memory-wiped mom to a possible supervillain, but impatient fans may be wondering how what happens to Reign in the Supergirl comics could possibly affect her arc on the CW. So far, the show has really distinguished itself from Reign's comics persona, by placing her on Earth with amnesia, rather than surviving the explosion of Krypton fully grown the way the character does during her big The New 52 arc. But beyond the setup, there could be some things that Supergirl takes from the comics in order to make Reign a particularly memorable villain.

In the comics, as the leader of the Worldkillers, Reign is at the center of their plan and the one who originally comes up with the idea to travel to Earth. A group of genetically engineered experiments, the Worldkillers were created by Zor-El, Kara's father, and left for dead — but not destroyed — when outlawed by the Kryptonian Science Council and Zor-El regretted creating such powerful beings. But after the planet of Krypton was destroyed, with only a few similar beings left in the universe, the Worldkillers survived and started looking for a new home. In Supergirl Volume 6 Issue 5, "Homecoming," Reign is able to track Kara down when Supergirl is flying through space looking for what used to be Krypton. The Worldkillers, who are floating on the ruins of Argo City, what was once their home, discover that Kara lives on Earth and Reign decides that she should take over the planet.

Kara and her ersatz sibling disagree, and Reign abandons her on Argo City in order to take the other four Worldkillers to Earth in order to take over the planet, and over the course of the next few issues, Kara is forced to escape the force-field encircled ruin and chase after the villainous group of superpowered beings engineered to be skillful fighters.

And despite her best efforts, villains don't usually win at the end of DC Comics storylines, and Reign is no exception. Reign's attempt to take over planet Earth along with the rest of her team doesn't fare too well in the comics. After battling Supergirl, the Worldkillers lose in Supergirl Vol. 6 Issue 6, "The End of the Beginning." After losing, Reign leaves the planet, defeated but not deceased.

That ending for Reign could be what happens in Supergirl, once she completely transforms into the villain she's promised to become. Unlike the comics version of Reign, though, the CW character has a daughter to think about, and has never lived somewhere besides Earth, so being sent into space ins't a merciful decision, but a painful rejection and serious punishment.

However, there is one interesting aspect to Reign's defeat beyond this future villain possibly going intergalactic. In the comics, Reign warns Kara that the five Worldkillers that are on her team are not the only ones — there's actually more that may still be alive out in space, as is Zor-El. Whether that's just an empty threat or a real promise hasn't been revealed yet in the comics, but perhaps Supergirl will reveal that there's more to Reign's origins that previously thought. In this version of the character, she grew up without any knowledge of her alien identity, so, like Kara does in the comics, she might choose to leave Earth in search of other beings like her. But whether Reign is forced to leave the planet or chooses to, it's clear that in the DC comics version of events, Reign is totally unsuccessful when it comes to fighting Supergirl, and is roundly defeated in just a few issues' time — which may foreshadow her probable defeat by Supergirl in the CW world, too.