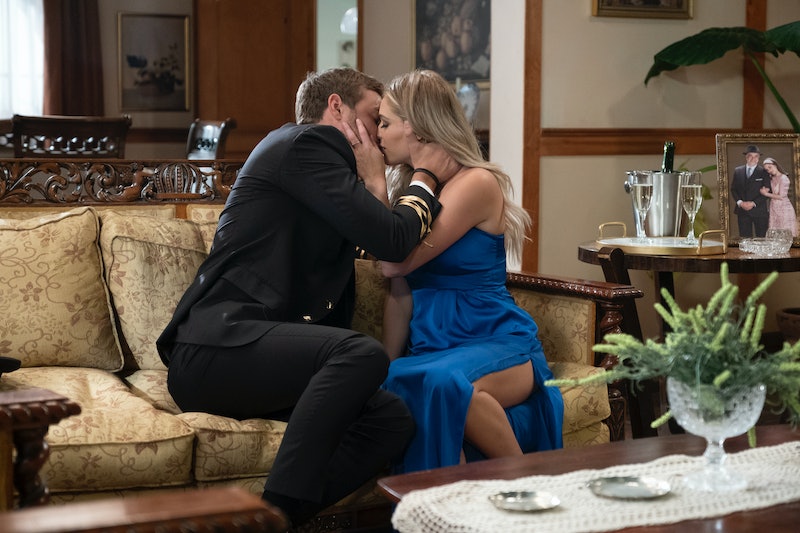 Bachelor contestant Kelsey Weier has a long history of competing with other drop dead gorgeous women over a controversial prize. Before Pilot Pete, it was a sash, a crown, and a preposterously large bouquet of flowers at the end of the elimination rounds. The Des Moines native won Miss Iowa USA in 2017 after finishing runner-up in 2016 and second runner-up in 2015. (Miss USA is the one without the talent competition but with the bigger cash prize.) But it seems from comments left on her Instagram page that if Weier doesn't go home with the final rose, there may be more tropical opportunities to compete for love on national TV still waiting for her.

Littered among the comments on some glam photos she posted over a year ago is a message from Raph Korine, a casting associate from Kassting, Inc. “Just sent you a DM about Love Island, the biggest dating show coming to CBS this summer, lemme know your thoughts!” Right now, he's casting season two.

Of course, it's entirely possible that Weier has professional pursuits that go beyond becoming a reality TV starlet and influencer. Throughout her pageant days, Weier worked as a colorist at Rick Mosley Hair, where she also delicately applied mink hair extensions and served as the Aveda salon’s hair model at hair shows.

But the graduate of the Salon Professional Academy has since moved on. According to her ABC bio, Weier is a "professional clothier", which sounds a little old-fashioned and, frankly, a little made-up. In reality, though, she’s part of a fading tradition of made-to-measure clothes at the Tom James Company, where she’s worked for over two years according to LinkedIn. And Weier offers a pretty comprehensive service. Clothiers meet with clients to “help define” their personal style before taking over 30 measurements to build fully customized suits, adding things like contrast stitching and special linings. Clothiers will even take photos of a client’s posture so that the tailor will understand how her or she sits and stands in the outfits.

It’s not a complete change in professional direction for Weier. While still a hairdresser and pageant queen, she was part of the Audubon Society’s “Trashion Fashion Show”, lending her services as both a model and costume designer to the sustainability event. She also models occasionally for the clothing company Blond Genius.

And while it would be perfectly reasonable that Weier retire from romance TV after The Bachelor, her Champagne-gate weeping has us crossing our fingers she could reappear in a tiny bikini and ginormous mic pack on Love Island 2.