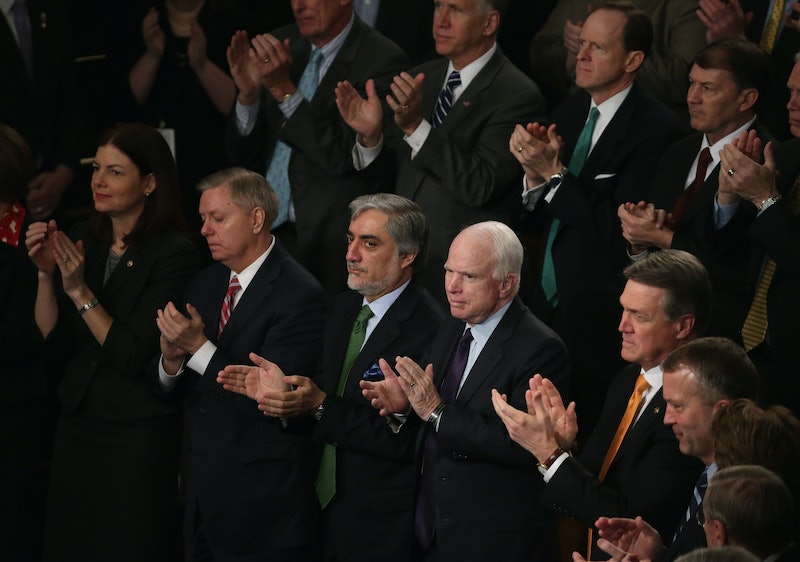 As many know, a bill entitled the "Sanctity of Life Act," otherwise known as the "personhood bill," was recently introduced into the U.S. House of Representatives. The bill defines life as "beginning at fertilization" and aims to end abortion in the United States. While the personhood bill vote does not have a set date yet, much is already known about the voting process through which the bill will proceed in Congress.

The personhood bill, also known as HR 586, was first introduced in the U.S. House of Representatives on Jan. 17, 2017 by Representative Jody Hice, a Republican from Georgia. The bill currently has over 20 Republican co-sponsors.

It was both introduced to the House as well as referred to the House Committee on the Judiciary on Jan. 17, where it is currently awaiting action. According to a LexisNexis congressional guide, once a bill is referred to a committee, it is up to the committee's chair to decide how to proceed with the bill.

In the case of HR 586, Judiciary Committee Chairman Bob Goodlatte, of Virginia, will decide whether to refer the bill to a subcommittee or full committee. According to LexisNexis, a decision to move a bill straight to full committee could mean that the Committee wishes to act on the legislation quickly. In the Republican-dominated Congress, which seems eager to quickly approve new legislation that aligns with its agenda, this is extremely likely.

Regardless of whether or not HR 586 is referred to a subcommittee or full committee first, a public hearing will likely be held on the bill. Following the hearing, the bill would be "ordered to be reported" to the full committee for the markup process, through which representatives can add amendments or change components of the bill. After markup, committee members vote on whether or not to send a bill (and all approved amendments) to the House floor.

HR 586 will likely make it through this committee process quite easily and quickly due to the Republican majority in Congress and the GOP's pro-life platform. The Judiciary Committee's website does not yet indicate the status of the bill and whether or not it has been referred to full committee or subcommittee; however, considering the subcommittee assignments and committee rules were only just ratified yesterday, it is not unusual that the committee has not yet taken on any legislation this year.

I believe that it is very likely that HR 586 is going to be decided upon very rapidly by the committee, considering the amount of attention the bill is receiving in the media coupled with the fact that Republicans have been trying to pass personhood legislation for years. Previously, however, they have not succeeded in securing enough votes to pass such legislation.

If HR 586 does make it through committee, which it very likely will, it will then go on to the House and Senate for full floor votes. If approved by both bodies, it would need to be signed by President Trump in order to become law.

Committee action and voting on the personhood bill is likely to move quickly, so be sure to track its movement through the legislative process and contact your representatives as soon as possible to express your concerns about the bill.