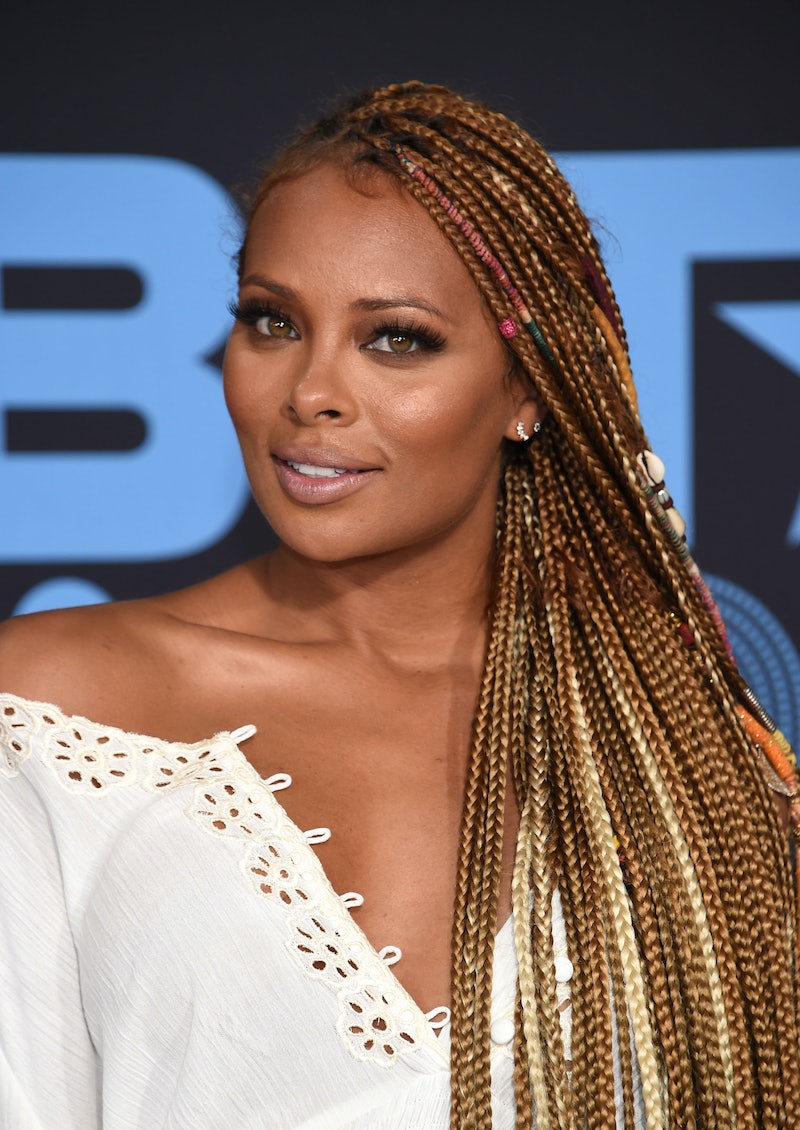 There's another familiar face coming to Season 10. Eva Marcille is joining Real Housewives of Atlanta, as both she and Bravo confirmed to Us Weekly last Friday. "I'm so excited to join NeNe Leakes and the ladies for the 10th season of RHOA," she said. "Atlanta and America, get ready!" According to E! News, Marcille is just a "friend" of the Housewives. Bravo also refers to her as "a brand-new pal to the squad."

Rumors surrounding Marcille's Real Housewives casting first surfaced in July. At the time, TMZ reported that "sources close to the production" asked Marcille to film a few scenes to see how she "fits with the current cast." Per TMZ, she reportedly shot some scenes with Leakes at her home. TMZ also reported in July that Marcille "could possibly replace Cynthia Bailey or Porsha Williams," because the outlet was reportedly informed that "one of them might be phased out next season on account of their story lines drying up." This remains unconfirmed, but, based on the Season 10 trailer, it sure looks like both Bailey and Williams are very much part of the cast.

On Monday, TMZ also reported that Marcille is a part-time cast member (similar to returning former Housewife Kim Zolciak-Biermann), who is apparently serving up all kinds of "shade" and providing exactly the type of entertainment the Bravo series is looking for. TMZ reports that, if Marcille proves to be successful, there's a chance she could be brought on full-time in Season 11. According to Us Weekly, Marcille also joined the Atlanta ladies on their trip to Barcelona, Spain, which is said to be featured sometime in Season 10 after it premieres Sunday, Nov. 5.

But Marcille should look familiar, especially to fans of America's Next Top Model. If you think all the way back to the early years of the series, you should recall the 32-year-old model winning Cycle 3. She beat Yaya DaCosta, who is now a well-known actor starring in NBC's Chicago Med. After ANTM, she entered the acting world. Most notably, she starred in The Young and the Restless from 2008 to 2009, where she played Tyra Hamilton for 72 episodes. She also recurred in five episodes of House of Payne and appeared in a Smallville episode in 2007, among many other roles.

In a February 2016 interview with Ebony, she opened up about acting and how she's made her dreams come true since becoming a top model. She said,

"I don’t care if the world knows my name. But if they do, I want them to know the true essence of who I am. And the woman I am. Not just what kind of eyelashes I wear and beauty tips. But the fact that I am a hustler, and I fight the fight every day."

She still plays a major part in the fashion world with her own eyewear line (watch out, Cynthia Bailey Eyewear) called First Ave Eyewear. And it looks like modeling remains one of her many passions. Hype Hair magazine chose her as its June/July cover star, where her eyewear was also featured.

As she told Ebony, she also has a company called Mameth, alongside her mother and brother, where they repurpose shipping containers. "It’s eco-friendly, and we make homes." She continued, "My mother’s passion is to make homes for the needy. So we have a nonprofit, where we partner with the Midnight Mission to develop a division in downtown L.A. to help with the homeless and homes crisis, while simultaneously building luxury homes for less, which is my part of the company."

When she isn't busy with her career and doing good for others, Marcille is also a mom to 3-year-old Marley Rae, who is from a previous relationship with Kevin McCall.

In addition to Marcille, Leakes, Bailey, Williams, Zolciak, Kenya Moore, Kandi Burruss, and Shereé Whitfield are all part of RHOA Season 10. Phaedra Parks is no longer a Housewife, which isn't a surprise — especially after all of the controversy she caused throughout Season 9 and at the reunion.

It sounds like the upcoming season is going to be a doozy and full of even more drama than usual. Here's hoping Marcille brings her own flair to what is already an extremely entertaining show and cast.