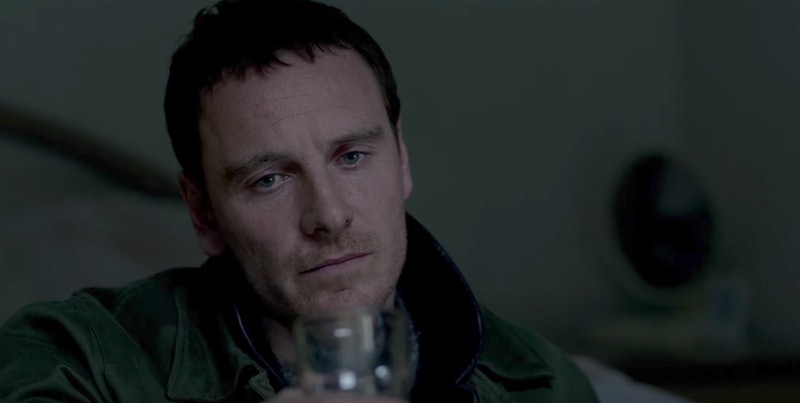 It's difficult to image a world in which The Snowman's Detective Harry Hole becomes the subject of a Hollywood franchise, if only because his Norwegian name is enough to spark a thousand dirty memes. However, that's exactly what the movie was meant to begin. Star Michael Fassbender has publicly expressed hopes for The Snowman to become his newest franchise, and the film ends with the clear potential for a follow-up. That said, it will take more than source material and a movie star to make a Snowman sequel happen.

Spoilers ahead! The Snowman's final scene is the perfect set up for a sequel. After successfully taking down the Snowman serial killer he's been chasing the entire film, Harry Hole has returned to police work, seemingly more sober than ever. He listens carefully as the precinct chief talks about a mysterious murder case that, thus far, has stumped officers and resulted in zero leads or theories. Harry raises his hand, "I'll take it." Not only does this ending tease a mysterious new plot for a potential sequel, it also promises a new, and hopefully improved, Detective Harry Hole. And, really, who wouldn't want to see more of Fassbender solving crimes on the big screen?

Should The Snowman sequel happen, filmmakers have plenty of material to draw on thanks to the Harry Hole book series upon which the film is based. Written by Jo Nesbø, the Harry Hole series includes 11 books, the most recent of which — The Thirst — was published in 2017. In fact, as the seventh book in the series The Snowman is actually an unlikely place to start a Harry Hole franchise. In theory, it means that the sequel to The Snowman could actually be a prequel, or some kind of strange mix of the two.

Of course, any discussion of a Snowman sequel would be over if Fassbender weren't up to the task. Luckily, the actor seems more than enthusiastic at the prospect of starring in yet another franchise (he also stars in the rebooted Alien franchise as well as the X-Men films). When asked if he would want The Snowman to follow in the footsteps of the Jack Reacher franchise (starring Tom Cruise), he was pretty straightforward, telling Vulture "Yes, I would, yeah." Fassbender added that he didn't have a limit in mind for how many Harry Hole movies he'd agree to do, saying, "As long as I feel like I want to do them, I'll participate."

If The Snowman were to get a sequel, it's unclear which book filmmakers will choose to adapt next, but Fassbender does have a suggestion. To prepare for the role, the actor read most of the Harry Hole series and one thing he'd like to see more of is the character's sense of humor. "The more I read in the books, the more I wanted to do those stories. I think he's got a sense of humor too; we didn't maybe get to see so much of that in this film, but in the books for sure," he said, via The Mercury News.

Alas, Fassbender cannot make a Snowman follow-up by will alone, and The Snowman's disappointing opening weekend at the box office is a pretty strong sign that the movie might not be getting a sequel. The movie only made $3.4 million in the U.S. on its opening weekend, according to The Hollywood Reporter, though it did double that gross overseas. Things at the box office could still improve for The Snowman, which has overseas release dates scattered throughout the month of November and could, theoretically, still be an international hit.

Whatever happens with The Snowman's potential franchise, it's worth noting that even if the film doesn't get a sequel, it might not be the last we see of Harry Hole. After all, book series and popular franchises get remade and rebooted all the time, so there's no reason to think that Harry and his Snowman killer won't come back soon one way or another.