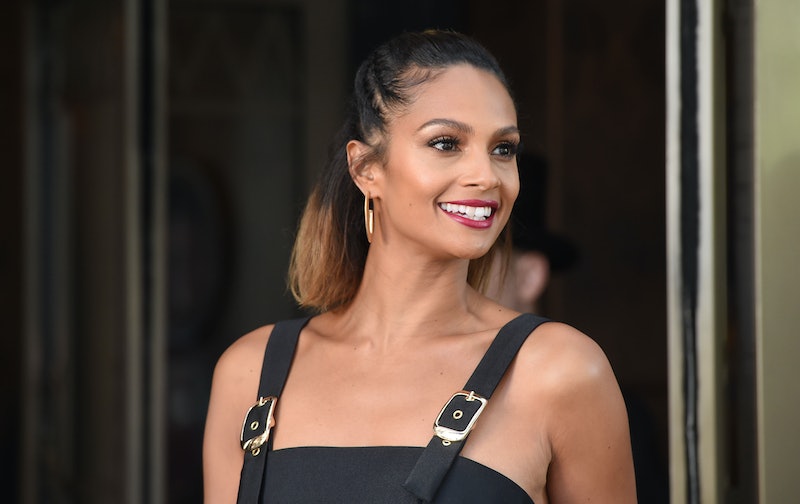 Since Darcy Bussell announced in April that she would be leaving the Strictly judging panel, it's not surprising that many are wondering who will be filling her spot. And since a certain former judge — and contestant — is currently a familiar face at the moment thanks to the Britain's Got Talent live shows, it's not surprising to wonder will Alesha Dixon go back to Strictly Come Dancing?

During an interview on Britain's Got More Talent on Tuesday (May 28), presenter Stephen Mulhern quickly asked Dixon whether "Strictly really [tried] to get [her] back." Dixon pretty much quashed the rumours immediately, telling Mulhern that she will not be returning to Strictly and that she "didn't even hear [the rumours]." I've reached out to the singer's rep and a spokesperson for Strictly for any further comment regarding the rumours surrounding her return. A BBC spokesperson tells me they have no comment regarding this, and I have yet to receive a reply from Dixon's rep. I'll let you know if I do.

Dixon left Strictly in 2012, citing it was "time to move on" as she wrote in a statement via The Mirror. "Strictly Come Dancing will always hold a special place in my heart as it has been such an amazing experience, both as a winning competitor and as a judge," she wrote. "I would like to say a big thank you to everyone involved in the show, the production team, my fellow judges, and a very special thank you to the fans for their support." As Radio Times reports, she joined Britain's Got Talent in the same year "alongside David Walliams [...] when they replaced David Hasselhoff and Michael McIntyre on the panel for series six."

The singer also denied a comeback in 2016 after Len Goodman announced he was leaving the dancing competition, who was later replaced with Shirley Ballas. "For me, it's about moving forward," she said during an interview with AOL Build UK via Digital Spy. "I'm really sad Len's leaving, [but] I certainly wouldn't be going back." With that in mind, it looks pretty certain that Dixon won't be returning to the Strictly panel anytime soon.

So if Dixon isn't replacing Bussell for the next series, who is? Well, it seems that Strictly pro Anton Du Beck is a favourite despite no word from BBC as to when Bussell's replacement will be announced. I reached out to the BBC spokesperson previously mentioned, who tells me that the new judge will be announced "in due course." Regardless, it seems that Du Beck is more than happy to take on the role, as he told Graham Norton during an interview for BBC Radio 2 in April. "Do you know what? I'm certainly qualified," he said. "I suspect there'll be conversations going on, but it's one of those things... I'm definitely qualified to do it, I'd love to do it, but we'll have to wait to be asked in the normal way."

Hopefully, that day comes soon because I'm sure fans of Strictly are eager to see who will fill Bussell's role.