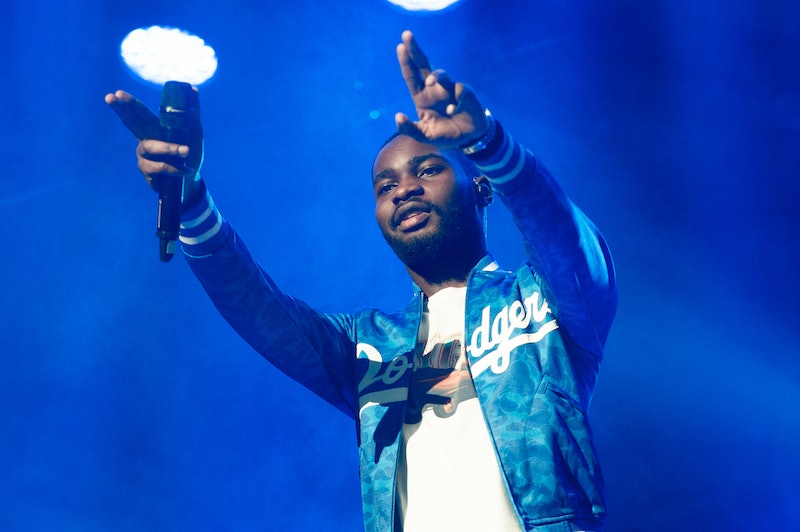 The UK rap scene is thriving, but certain acts stand out more than others. Wiley, Stormzy, and Lady Leshurr are all killing it but IMO the man of the minute is Dave. So I wanna know if Dave will tour the UK in 2020 and, more importantly, where to get tickets?

I reached out to Dave's reps for their comment on this and will let you know ASAP if there's any update. I'm sad to say, however, that according to all sources, it's looking like 2020 isn't the year to see Dave on tour.

Dave (full name David Orobosa Omoregi) released his debut album Psychodrama in March 2019, which went straight to where it belongs, at the top of the charts. According to the BBC, the 11-track album was inspired by his brother's life sentence in prison, speaking about the impact such a conviction has. Speaking to Miranda Sawyer for the Observer, Dave said, "I never want to sound like I'm speaking about prison and I'm crying or moping." He added, "But it was definitely a massive knock-on effect for all of us. It's been a tough journey for everyone involved."

Not content with mere chart and award success (he's bagged the Mercury prize and an Ivor Novello Award) Dave's has also dipped his toe into the acting world, recently starring in Netflix hit Top Boy. The rapper told Sawyer about what it was like adhering to filming schedule, which he found a tough adjustment. "If you're late, there's people that you answer to. It's like being at school again," he said.

By now, everyone has seen *that* Glastonbury set. Dave went viral when he pulled a teenage stan up on stage to perform alongside him. Alex Mann performed a lyric-perfect rendition of "Thiago Silva" alongside his hero in perhaps one of the most adorable fan/star interactions ever.

No doubt the best is yet to come for Dave and here's hoping he'll be kicking off a UK tour soon. Watch this space.