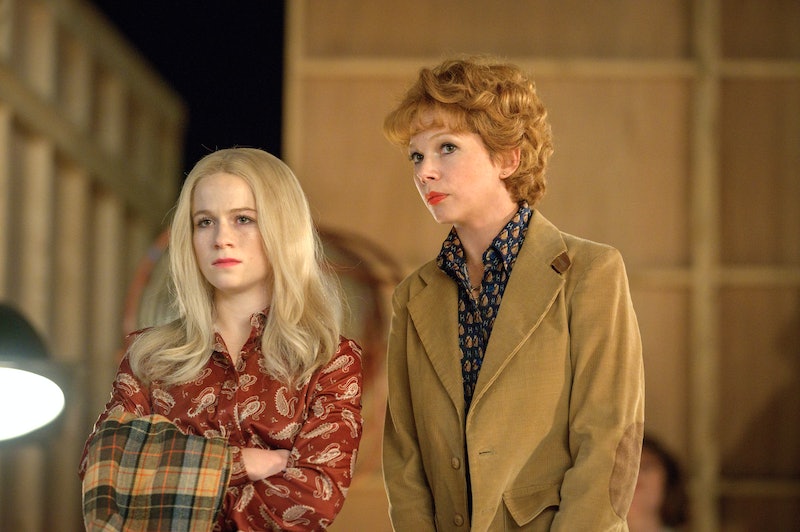 Fosse/Verdon has come to an end. The series brought a lot of Broadway history to the screen in a short amount of time, but surely there are more stories to tell. Still, it's not likely that Fosse/Verdon will return in the same way. The limited series is over, but FX could carry on this tradition in new ways.

Despite the fact that "limited series" has a variety of definitions in 2019, there are no plans for a Season 2 yet. Those involved are moving on to new projects. In fact, Fosse/Verdon producers Lin-Manuel Miranda and Steven Levenson are working on a film adaptation of Tick, Tick.... BOOM!, which is Rent composer Jonathan Larson's lesser-known autobiographical musical. So the two of them are keeping Broadway history alive, at least.

But what if Fosse/Verdon became more of an anthology series, like Feud or American Crime Story? Other famous collaborations could step into that spotlight. Here are a few ideas for stories that could be told about composers, actors, choreographer and producers that shaped the musicals we know and love.

At the very least, take these individuals and their shows as a guide for what to get into next, now that Fosse/Verdon has closed the curtain.

Steven Sondheim's career is legendary, though not nearly as successful as the heart eyes you see on your local theatre fan's face may have you believe whenever his name is mentioned. His collaboration with James Lapine presents three different shows with three very different receptions right in a row: Sunday in the Park with George won a Pulitzer, Merrily We Roll Along flopped, and Into The Woods would have been a hit if it weren't for Phantom of the Opera. It's the perfect arc! (Plus, you'd have to cast someone to play young Mandy Patinkin.)

Speaking of Phantom, what about a series that really digs into the British mega-musical invasion of the '80s and '90s? Producer Cameron Mackintosh and composer Andrew Lloyd Webber dominated the West End and the Great White Way and defined the era. Throw Tim Rice in there as well, especially if you see Rocketman and want a sequel that covers Elton John's Disney and Broadway career that includes The Lion King and Aida. Rice worked with Webber and John as a lyricist.

How about a female choreographer? Agnes De Mille basically invented modern musical theater alongside Rodgers and Hammerstein with Oklahoma! and worked with them on Carousel as well. Both musicals challenged and revealed darkness society underneath a lot of singing and dancing.

Throwing it way back, Hallie Flanagan ran the Federal Theatre Project in the '30s and often employed a young Orson Welles. When the United States Government threatened to censor their radical productions, they worked together to ensure that the show must go on. Flanagan was played by Cherry Jones in The Cradle Will Rock, above, but there's more to both of their stories.

While Fosse and Verdon were working on Chicago, another famous choreographer was working on a musical that took the lives of ordinary dancers and brought them literally front and center. A Chorus Line is based on interviews that Michael Bennett did with various Broadway hoofers. If FX wants another story about dance and process, this is it.

Finally, another unsung heroine of the theatre is Kurt Weill's wife, singer Lotte Lenya. The musical LoveMusik tells their tale — but much like Verdon, a series focusing on Lenya could finally get her side.

There are two potential problems with making Fosse/Verdon part of an anthology series. For one thing, American musical theatre is a fairly new medium. The Tony Awards are less than 75 years old, spanning the same decades that this show has covered. A lot of the potential material would overlap with the events of Fosse/Verdon.

Plus, so much of that recorded historical material revolves around white men. If you were bummed out by the way Gwen Verdon's contributions to Broadway history seem to have been erased, you won't like to hear about all the other legends of the New York stage. Theatre historians can hopefully dig up more hidden gems if they want to keep this type of storytelling going — and continue to highlight the women that were there all along.

More like this
The ‘Kevin Can F**k Himself’ Season 2 Finale Twist Is A Full Circle Moment
By Grace Wehniainen
Kathy Hilton May Not Return To 'RHOBH' — At Least Not Full Time
By Jake Viswanath
24 Years Ago, 'Friends' Dropped Its Most Underrated Ross & Rachel Episode
By Grace Wehniainen
What Does Nancy Jo Sales Think Of 'The Real Bling Ring'?
By The Editors
Get Even More From Bustle — Sign Up For The Newsletter