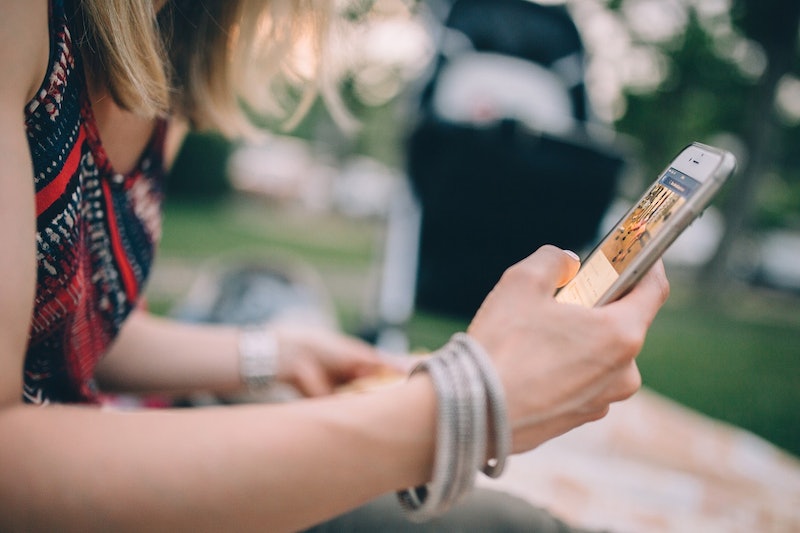 Features of forthcoming Apple products are usually closely guarded secrets, but thanks to an alleged leak, rumors are floating around that Apple's iPhone 8 will have a facial recognition unlock feature. GUYS, IT'S THE FUTURE.

Jake Swearingen of New York Magazine reported on a series of tweets that seem to suggest that the iPhone 8 may contain an infrared face-unlock feature. (Bustle has reached out to Apple regarding these rumors, and will update upon receiving a response.) One tweet was from well-known iPhone developer Steven Troughton-Smith, who noticed that the HomePod firmware contained information about what seemed like an upcoming infrared facial-recognition-unlock feature — code-named “Pearl” — set to be included in the iPhone 8, according to Swearingen.

Firmware is permanent software programmed into a read-only memory — and likely code that was not meant to be shared publicly. Adam Clark Estes for Gizmodo reported that in addition to revealing secrets about how Apple's HomePod smart speaker will work with the forthcoming iPhone 8, the firmware also contained information about other features slated for the latest iPhone, like Pearl, and a new design.

Rumors also alluded that the iPhone 8 could be a bezel-free design, which basically would mean that the front of the phone could be all glass. This was determined because of an image that was pulled from the HomePod firmware, in which the iPhone appeared notably different:

Twitter user @ATP_Tipster1 tweeted that the update was for pre-lease hardware, and not something the public was supposed to have access to. But, it's spilled milk now that the cat's out of the bag, and the internet is alight with iPhone 8 speculation.

While there's no news yet if Pearl will replace the fingerprint Touch ID unlock feature, or simply supplement it, facial-recognition unlock access seems totally futuristic. Additionally, Swearingen noted that the introduction of infrared will make Pearl possible, because infrared can scan your face in low light.

While Apple has yet to confirm the details about iPhone 8, which is reportedly slated to come out this fall, Estes noted that the rumors about forthcoming iPhones have generally proved to be true in the past. So, hello Pearl, may you and Siri be the best of friends.